7 Everyday Activities That Can Boost Your Mental Health 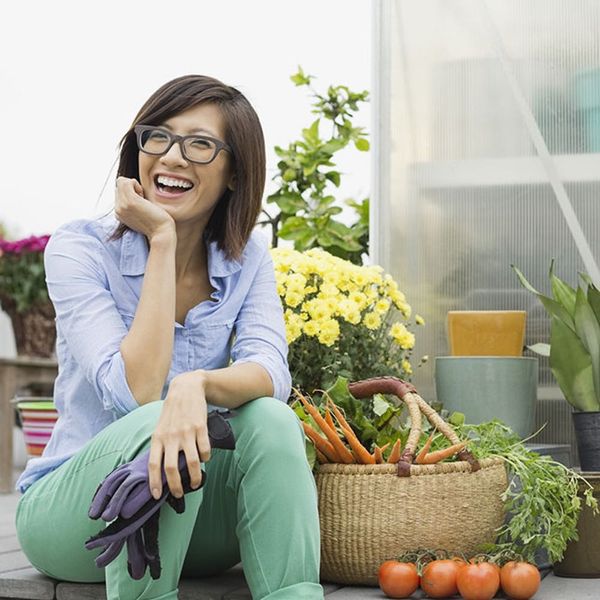 Most of us have a pretty good idea about how to look after our bodies (even if we don’t always do it exactly right) but we often don’t devote the same time and attention to taking care of our mental health. If you, like one in five Americans, have a mental health condition, your best bet is to seek professional help. But even if you haven’t been diagnosed with a specific condition, now is as good a time as any to start looking after your mind as well as your body. Here are seven simple self-care tips to help keep you feeling good.

1. Be creative. A study published in The Journal of Positive Psychology found that people who did something creative in their day were more likely to feel positive and to experience “flourishing.” That’s a term used in positive psychology that essentially means feeling engaged in and positive toward all aspects of your life. The effects were cumulative: The authors suggested that because being creative makes you feel good, you’re more likely to have the energy and mood required to be creative again the next day. Whether you’ve been knitting the same scarf for years, or you’re an avid doodler, consider this your permission to indulge your creative side today.

2. Go outside. Next time you’re feeling stressed out, get out. Scientists have found that a daily dose of nature is good for your mental health. A study by researchers at Stanford University found that mentally healthy city dwellers who walked for 90 minutes in a natural environment showed less activity in the subgenual prefrontal cortex, an area of the brain involved in mood disorders, and reported a reduction in rumination, the term for those negative, worrying, repetitive thoughts that follow you through your day, and which increase your risk for getting mental health conditions like depression. In comparison, those who walked for 90 minutes in an urban environment showed no change in their thoughts or neural activity. Another study from the Medical College of Wisconsin found that people in the state who lived in areas with more green space were less likely to have symptoms of anxiety, depression, and stress. This adds up to a good excuse to take a break and go for a stroll.

3. Garden. Don’t just hang out in nature — help it grow. In 2016, an analysis of multiple studies that was published in Preventive Medicine Reports found that spending time working in a garden helped people feel happier and find satisfaction in life; reduced feelings of stress, anger, depression, and anxiety; and improved cognitive function. Just one plant is a good start: Looking after houseplants has been shown to be soothing for your mood. A study published in the Journal of Physiological Anthropology asked 12 mentally healthy men to transfer a common houseplant to a different pot, and 12 others to perform a computer task. They found that the ones who interacted with the plant felt calmer and had lower blood pressure at the end than those who worked on the computer. When your inbox has you stressed, trade your screen for something green.

4. Sing. Your shower rendition of Charlie Puth’s “The Way I Am” really is a form of self-care. A study from the University of Oxford found that performing music — as opposed to just listening to it — triggered endorphins, which led to a higher pain threshold and made the singer feel happy. The results are even better if you invite others to join you (um, we’re talking about singing, not the shower!). Manystudies have found that singing as part of a group (for example, in a choir) has a positive impact on mental health. It’s not the sound but the spirit that matters.

In Norfolk, UK, researchers interviewed 20 attendees of a singing workshop called Sing Your Heart Out, which welcomes everyone but is specifically advertised as a safe space for people with mental health conditions, with no pressure to be good at singing. All 20 participants surveyed reported an improvement in or maintenance of their mental health and well-being, with some even describing the group as “life-saving.” They told the interviewers that singing helped them to form the social connections they often struggled with and taught them how to find a purpose for themselves as well as as part of a larger social group, and that their self-confidence improved. So when you feel the urge to belt out your favorite tunes, grab a friend and let your harmonies promote internal harmony.

5. Pet your pet. It’s not just human company that can make you feel better. Pet owners know that after a long day of dealing with people problems, coming home to a furry friend for a cuddle can be the perfect pick-me-up. People with pets tend to have lower blood pressure, and pet owners with long-term mental health conditions have reported that their pets are a main part of their support system, on the same level as a close friend or family member.

If you can’t get a pet, even brief contact with animals can be good for your mood. A study published in the journal Anthrozoös found that allowing people to interact with a dog, as opposed to just looking at a picture of the dog or having no contact with a dog, improved people’s mood and reduced anxiety. So the next time you see a cute puppy in the park, science says it’s in your best interest to play with it.

6. Do your beauty routine. Whether it’s doing your daily cleansing and moisturizing ritual or experimenting with makeup, the time you devote to your face can be a kind of meditation. Dr Reena Jogi, MD, dermatologist at Memorial Hermann Memorial City Medical Center in Houston, TX, said in The Huffington Post, “When you do a skin care routine, you’re usually alone, in your bathroom or somewhere quiet, and it’s just you and the mirror. There’s something slightly meditative about just sitting there and taking that 10 minutes just for you.”

The ways in which your beauty routine can benefit your emotional well-being also go back to that creativity we mentioned earlier. New York City-based eating disorder therapist and body image expert Temimah Zucker, LMSW said in Business Insider, “By cultivating different looks, blending, mixing, and experimenting, you can practice creativity and art, which are often much-needed and encouraged past-times for those struggling with mental health.” It appears that makeup really can be more than skin deep.

7. Cook something. If you’ve ever spent a Sunday perfecting your beef stew recipe or a cozy Friday night making chocolate chip cookies, you know that measuring, chopping, and stirring can have a meditative effect. In 2017, researchers looked at 11 studies examining the impact of in-patient and community-based cooking interventions. Their findings, published in Health Education Behavior, reported that although further research is needed, the evidence at the moment suggests that cooking interventions can positively influence emotions, self-esteem, quality of life, and social skills. Also, as with makeup, you reap the benefits of being creative when whipping up something in the kitchen. Need to recharge this weekend? Turn on the oven and try cooking or baking. If nothing else, it’ll at least yield tasty results.

Do you have a go-to habit that helps you de-stress? Share it with us @BritandCo.

Natasha Lavender
Natasha Lavender is a Londoner living in Chicago, and is fluent in British and American. She writes about pop culture, health, lifestyle, feminism, fashion, and interviews with interesting people, and has previously worked for Good Housekeeping magazine, Buzzfeed, and Hello Giggles. She loves podcasts, running, reading, dogs and cats equally, and peanut butter anything.
#CreateGood 2018
Health
#CreateGood 2018 Healthy Living Mental Health Self Self Care Womens Health
More From Health