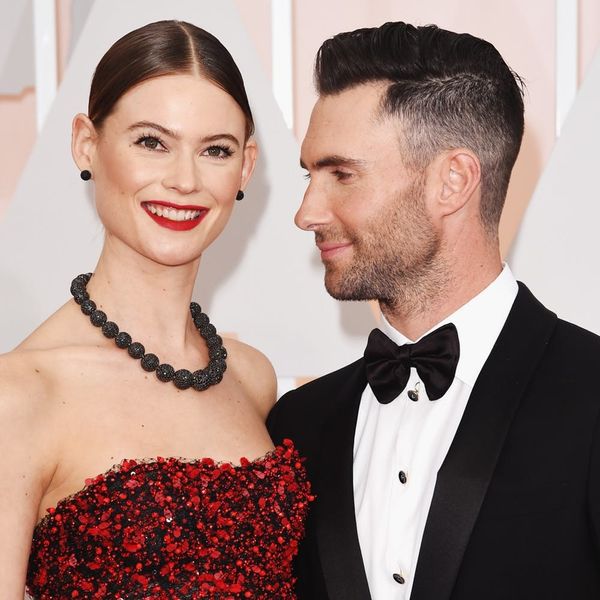 Adam Levine and Behati Prinsloo are proud new parents once again! The couple welcomed their second child this week, a baby girl whose name is as unique as her older sister’s.

According to E! News, the couple named their second daughter Geo Grace Levine. So far, no other details on the date of birth or the inspiration for the name have been made available. And while the family have yet to post any pics of their new bundle, just yesterday, Levine posted a photo of Prinsloo curled up in bed with an open, heart-shaped box of chocolates, seemingly hinting the baby was born sometime between Valentine’s Day and today.

Little Geo joins older sister Dusty Rose, whom the couple welcomed in September 2016. Dusty famously got her name from talk-show host Ellen DeGeneres. Levine invited the comedienne to contribute to the naming process yet again, and while she says she sent some suggestions his way, none of the options were made public.

Prinsloo and Levine first revealed that they were expecting their second child in September, just a little under a year after welcoming their first. Levine has admitted that he wants to have “a lot” of children because he thrives in chaos, and that his wife is on the same page and “wants like 100 babies.” Congrats to the growing family!

What do you think of the name Geo? Let us know @BritandCo!