Alert! Millennial Pink Pineapples Are a Thing That Exists Now 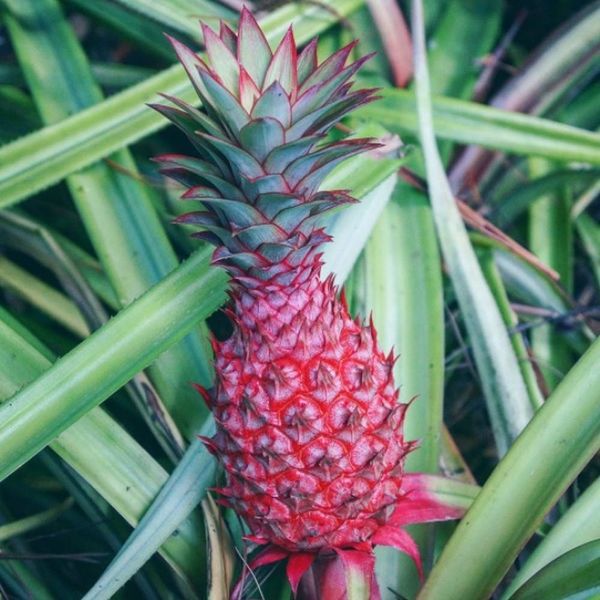 Pineapples are pretty snazzy, all spiky and pretty and sweet. We’ll gladly take ‘em on their own or served as pineapple upside-down donuts, a kiwi-pineapple smoothie, or even a pineapple jack-o’-lantern (which is beyond amazing, TBH). But now we’ve learned that PINK pineapples exist, and not only are they like something out of a kitsch-filled dream; they’re apparently even sweeter than their old-school yellow siblings.

Not a natural fruit, the pink pineapple was created by Del Monte Fresh and Dole, who have been growing the cotton candy-colored variety at their Hawaiian and Jamaican plantations. With a distinct pink tone both on the outside and on the inside, the shade comes from the same pigment that causes watermelons and tomatoes to have their rosy coloring.

And while it’s hard to imagine anything sweeter than a tangy pineapple, the pink variety apparently contains less of the bromelian enzyme that causes that weird tingly feeling on your tongue when eating the fruit, which makes this option a much smoother kind of sweetness. Mmm!

While there hasn’t been any official word on when Del Monte and Dole will start stocking grocery stores with these pink pineapples, we’re hoping it happens ASAP so they can be the centerpiece of our summer snacks.

Would you (or someone you know) love to try pink pineapples? Let us know @BritandCo!

Desiree O
Desirée O is a ‘Professional Bohemian’ who loves anything and everything related to the arts, entertainment, and pop culture. She ADORES being a ‘Newsy’ for Brit + Co, covering all of the latest tidbits of awesomeness that you want to read about. When she’s not writing, she’s either making messy art, going on long adventurous walks with her camera, or poking around over at bohemianizm (http://www.bohemianizm.com/). You can find out about Desirée O and her work at http://DesireeO.com/ or follow her on Twitter @DesireeO.
Halloween
Food News
Halloween
The Conversation