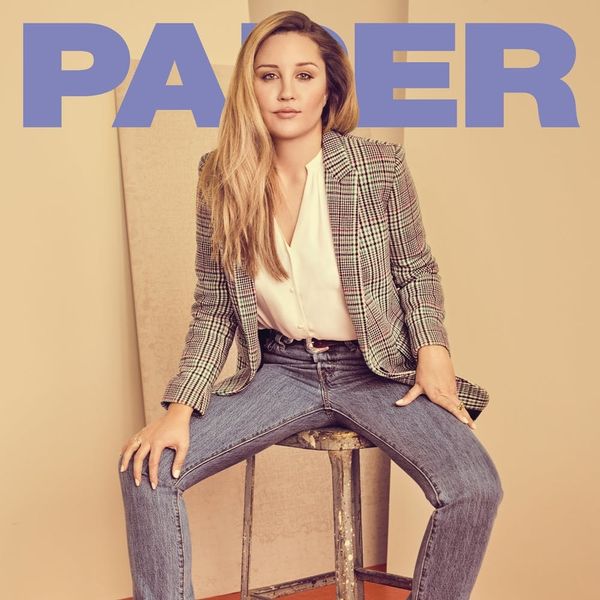 Amanda Bynes became a part of our collective childhood thanks to shows like All That and The Amanda Show and movies including What a Girl Wants, She’s theMan, and Hairspray. But after a troubling few years, she retreated from the spotlight to get her life back on track. Now she’s ready to put herself out there again — and her first step is a candid, revealing interview with Paper magazine.

In the interview, Bynes reflects on her past struggles and shares her hopes for the future, including, eventually, a return to acting. Read on for three of the most interesting revelations, and check out the full interview here.

1. She’s been sober for almost four years. Although she didn’t drink much as a teenager, Bynes told Paper she smoked marijuana and eventually began to experiment with more dangerous substances. “Later on it progressed to doing molly and ecstasy,” she explained, adding that she also “definitely abused Adderall.”

It wasn’t long before her drug use started to affect her work. “When I was doing Hall Pass, I remember being in the trailer and I used to chew the Adderall tablets because I thought they made me [more] high [that way],” she recalled. “I remember chewing on a bunch of them and literally being scatterbrained and not being able to focus on my lines or memorize them, for that matter.” She ended up pulling out of the film.

Things got worse when she decided to retire from acting altogether. She soon found herself “hanging out with a seedier crowd,” which led to her using more drugs, more frequently. “It became a really dark, sad world for me,” she told Paper.

Now four years sober, Bynes said she looks back on those days and doesn’t even recognize the person she was. “My advice to anyone who is struggling with substance abuse would be to be really careful,” she said, “because drugs can really take a hold of your life.”

2. She’s earning multiple degrees and wants to start acting again. Bynes has been a student at the Fashion Institute of Design and Merchandising since 2014, and she’s about to receive her Associate’s of Art degree in Merchandise Product Development, after which she’ll start working toward a Bachelor’s degree. She hopes to design a clothing line one day, but she told Paper she wants “to get back into acting first.”

3. Some of her most beloved roles are some of the most difficult for her to watch. One of the reasons Bynes quit acting in the first place was a feeling of dissatisfaction with her looks. She especially struggled with her appearance in 2006’s She’s the Man, in which she played a girl who disguised herself as a boy in order to take her brother’s place at boarding school. “When the movie came out and I saw it, I went into a deep depression for four to six months because I didn’t like how I looked when I was a boy,” she said. “It just really put me into a funk.”

She felt similarly unhappy about her role in Easy A. “I literally couldn’t stand my appearance in that movie and I didn’t like my performance. I was absolutely convinced I needed to stop acting after seeing it,” she told Paper. “I was high on marijuana when I saw that but for some reason it really started to affect me. I don’t know if it was a drug-induced psychosis or what, but it affected my brain in a different way than it affects other people. It absolutely changed my perception of things.”

These days, she’s in a much better place. Returning to Hollywood may not be easy, but Bynes said she wants to go into it “kind of the same way I did as a kid, which is with excitement and hope for the best.”

What was your favorite Amanda Bynes role? Let us know @BritandCo.