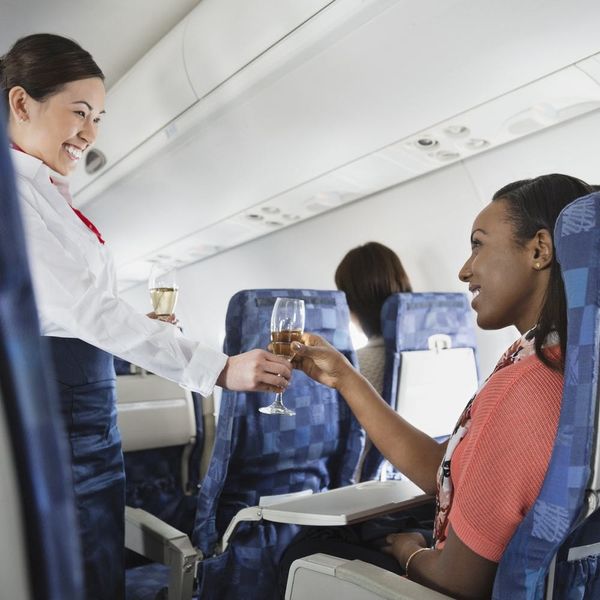 Let’s be honest: Trekking across the country isn’t easy… especially when you’ve just spent hours going through TSA and have experienced a two-hour flight delay. One major airline gets it, which is why they just announced a new amenity that’s taking their customers’ spirits up a notch (in all literal senses).

On January 18, American Airlines announced they’ll be offering more flights between Chicago and New York as an expansion of their existing shuttle service. Now, there will be 15 flights between the two cities every day of the week. And best of all, the airline is making FREE beer and wine available to all passengers on these flights. Economy included.

But the good news doesn’t stop there. The increased O’Hare to LaGuardia routes also include extended check-in times. So instead of scrambling to get to ticketing per usual, you’ll be granted a 25-minute window to get registered (if you’re not checking a bag.)

This new shuttle addition will start on April 4 and comes as the result of an increase in customers heading to the East Coast. These are some of the airline’s top customers, so ultimately, catering to them was a priority when it came to putting these changes into play. “When you fly frequently for work, anything that can make the regular commute more comfortable is important,” says Alison Taylor, American’s Senior Vice President of Global Sales and Distribution. “That’s why we’re pleased to offer valuable time-saving opportunities with our Shuttle, including a convenient and consistent schedule and extended check-in times for you and your bag.”

A better airport experience and free booze? We’ll drink to that.

Where are you jetting off to next? Let us know @BritandCo.

Sarah Schuh
Home Decor. Entertaining. Travel. Lifestyle. 'Grammer, dreamer, trip planner. Forever coming up with my next creative endeavor. Until then, I'm documenting everything I like on paper, er, the digital world.
Travel
Travel
Travel vacation
More From Travel