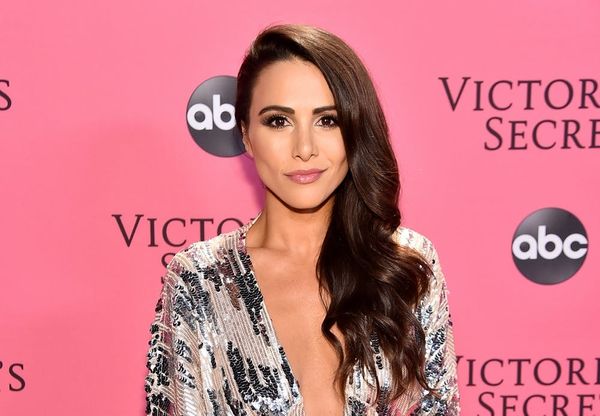 Andi Dorfman is heading back to TV, in a way. The former Bachelorette revealed to Entertainment Tonight this week that one of her two books is being adapted for the small screen.

“We’re actually turning the second book, Single State of Mind, into a TV show, so it’s not the last you’ll see of it,” she shared at the Victoria’s Secret Fashion Show on Thursday, November 8. “The lawyer in me is very quick to not say anything, but yeah, we’re getting there.”

Single State of Mind was released in January 2018 following the success of Dorfman’s first book, It’s Not Okay: Turning Heartbreak Into Happily Never After. It delves into her life in New York City after her split from ex-fiancé Josh Murray — including her decision to freeze her eggs with the help of fellow Bachelor Nation alum and fertility nurse Whitney Bischoff.

According to ET, the series will be scripted, and Dorfman will not be playing herself. “No! Definitely no. That’s a very emphatic no. Big no,” she quipped on Thursday. “That was my number one rule: If we ever turned this into a TV show, my only rule is I don’t want to be in it.”

In fact, she’s not even sure she wants to watch it. Though she told ET that getting her own show is a “pinch-me moment,” she admitted she’s a little nervous about seeing her life play out for all to see again. “I’ve watched too much of my life unfold!” she said.

Are you excited to watch a scripted series inspired by Andi Dorfman’s life? Let us know @BritandCo.

Desiree O
Desirée O is a ‘Professional Bohemian’ who loves anything and everything related to the arts, entertainment, and pop culture. She ADORES being a ‘Newsy’ for Brit + Co, covering all of the latest tidbits of awesomeness that you want to read about. When she’s not writing, she’s either making messy art, going on long adventurous walks with her camera, or poking around over at bohemianizm (http://www.bohemianizm.com/). You can find out about Desirée O and her work at http://DesireeO.com/ or follow her on Twitter @DesireeO.
The Bachelorette
TV
The Bachelorette TV
More From TV