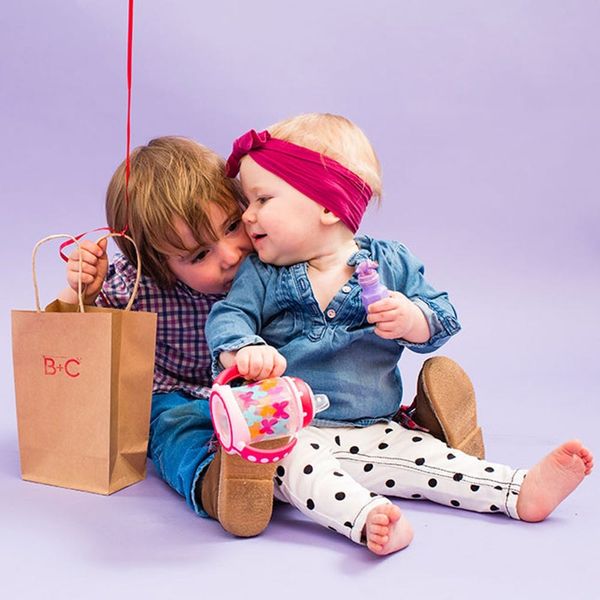 1. Auberon: It is absolutely astonishing to us that one of the handsomest names for boys does not even register the minimum five new bearers in the US in 2014, making Auberon a truly unique name! The Shakespearean form Oberon, name of the king of the fairies in A Midsummer Night’s Dream, was given to eight boys. By any spelling this name, meaning bear-like, is a fantastic choice.

2. Fox: As an animal name, Fox is as clever as he is handsome. The first name Fox, popularized by the David Duchovny character Fox Mulder on The X-Files, was given to 163 boys and seven girls in the US last year. If the name Fox is too foxy for you, you might consider Todd, which means fox.

3. Lionel: Leonine names are on the rise throughout the Western world, and we love them all, from Leonie to Leo to the brave-hearted Lionel. After a hiatus in the early 2000s, Lionel reentered the Top 1000 for boys in 2010 and is now on a steady upward trajectory, reaching Number 660 in the US last year. Though Lionel does not register on the girls’ side of the ledger, noted novelist Lionel Shriver is female.

4. Madigan: “Dog” is an unusual animal meaning for a baby name, with the Irish surname name Madigan, meaning “little dog,” being one of the few examples. Though the name would work for either gender, it only registered for 15 girls in the US, perhaps because its similarity to the popular Madison and Madeline makes it sound more female.

5. Orson: Though we love the name Ursula, which also means bear, in the end we had to go with Orson for our best list. Ursula is unfortunately still saddled with the sea witch image, and we don’t think we could do that to a daughter, no matter how cool the name. But Orson is both distinctive — only 52 boys were given this name meaning “bear cub” last year — and easy to understand.

6. Paloma: Baby names that mean dove carry a special peaceful symbolism beyond that of the animal. Some wonderful possibilities: Jonah or Jonas, Callum or Columba, Jemima or Dove itself. But at the top of the list we’d place Paloma, the ideal fitting-in/standing-out name that’s been skipping along the bottom of the Top 1000 list for the past two decades, never becoming a pandemic but not disappearing from sight.

7. Pike: There may be fewer fish than other animal names in the sea, but a couple are worth consideration. Salmon is one, Shad and Fisher are distant possibilities — but Pike is strong and straightforward.

8. Poe: Poe, a literary name that means peacock, was used for a mere five girls and six boys in the US last year — and we’d wager even fewer elsewhere. But all that is about to change, with the Oscar Isaac character in the new Star Wars movie due out at the end of the year named Poe.

9. Raoul: There are several attractive names that mean wolf, from Channing to Lowell, Phelan and all the Rudolph and Ralph relatives. But we’ll pick the attractive French version Raoul as the variation with the most animal magnetism.

10. Rosamund: This ancient name meaning “horse protection” has several legendary and literary bearers along with one attractive contemporary one, actress Rosamund Pike. Still, it was used for only nine girls last year, while spelling variation Rosamond didn’t even make it to the minimum of five. Philip and Philippa are other appealing horse-related names.

11. Wren: The birdlike Wren is a name that’s taken off over the past few years. It’s sometimes shown up for a handful of babies on the extended US popularity list: Five girls got the name in 1888, for instance, and five in 1914, and in 2000, still only 18. But then it vaulted onto the Top 1000 in 2013 and last year was given to 397 girls and 40 boys. The sleek, special Wren is making an even bigger splash as a middle name.

12. Yara: Yara is a butterfly name especially favored by the Hispanic community, used for 154 girls in the US last year and also fashionable in Spain and South America. As butterfly names go, Vanessa may be more classic and Kimana or Farasha more exotic, but we prefer the sleek, distinctive Yara.

Are you inspired by any of these names? Share your thoughts in the comments.