Anna Faris’s Book, With a Foreword by Chris Pratt, Is Still Due in October 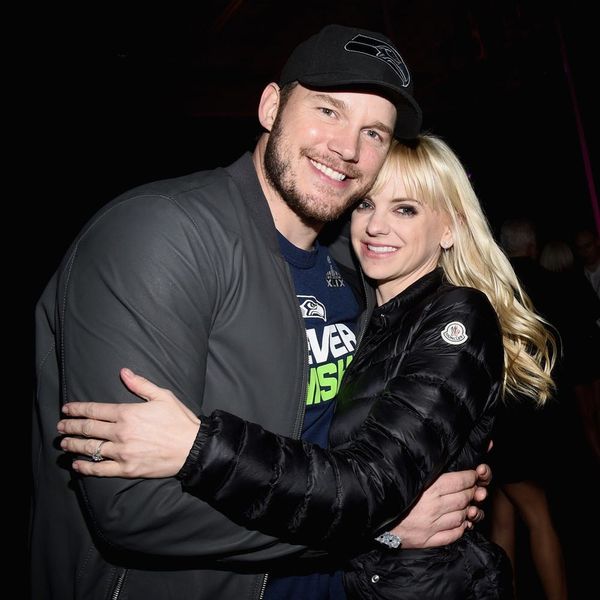 We’re still reeling over the news that Chris Pratt and Anna Faris are separating after eight years of marriage. But we take at least a little comfort in the fact that Faris’s book, with a foreword written by Pratt himself, is still set to come out this fall.

Due to be released on October 24 from Dutton, Anna Faris Is Unqualified (yes, that’s the name of the book) is likely to be a bittersweet read, for a number of reasons. The book’s description claims that it will “reveal [Faris’s] unique take on how to navigate the bizarre, chaotic, and worthwhile adventure of finding love,” as well as tell her “candid, sympathetic, and entertaining stories of love lost and won.”

Considering Faris and Pratt always seemed to be able to make each other smile, it certainly appeared as if they were in one of those good relationships. But only they know what’s between them, and even if a relationship is good, it’s not necessarily made to stand the test of time.

📚💃🏼 Today is a big day for such a short lady. My memoir @unqualified is now available for pre-order (link in the bio) and the cover is now available for your eyes!! 🚨Warning: book may or may not contain trace amounts of @prattprattpratt 🚨 ✍🏼 #Unqualified is out October 24th. 🔎 Follow @unqualified on Twitter & IG & FB & [insert new cool social platform here] for updates and EXCERPTS and all that good stuff.

No word yet on what Pratt’s foreword will say, but if his past sentiments about her are any indication, his part of the text will be just as lovely as their time together was.

Will you read Anna Faris’s new book (which has a foreword by Chris Pratt)? Let us know @BritandCo!

Desiree O
Desirée O is a ‘Professional Bohemian’ who loves anything and everything related to the arts, entertainment, and pop culture. She ADORES being a ‘Newsy’ for Brit + Co, covering all of the latest tidbits of awesomeness that you want to read about. When she’s not writing, she’s either making messy art, going on long adventurous walks with her camera, or poking around over at bohemianizm (http://www.bohemianizm.com/). You can find out about Desirée O and her work at http://DesireeO.com/ or follow her on Twitter @DesireeO.
Books
Celebrity News
Books