This Apple Rumor Will Make You Really Excited About 3D Printing 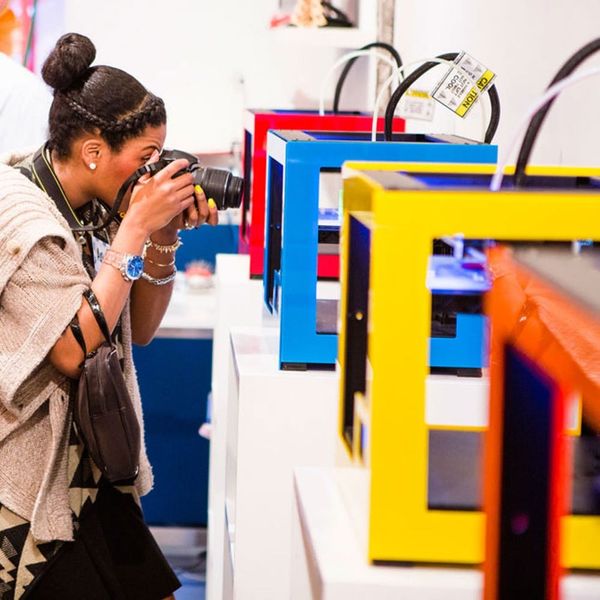 There’s been a lot of Apple murmurings swirling around lately, some that we’re likely to see come to fruition much sooner than others. There’s one on our radar we might have to wait quite a while to see, but it’s SO exciting we can’t help but want to share. Apple has long been a household name in the computing and smartphone space, but it also once occupied a visible role in the printing market. Following up on its release of the Laser 8500 way back in ’97, rumor has it that the tech giant is dipping its toes back into the printing industry — this time, in THREE DIMENSION like you’ve never seen before.

A patent application, submitted in 2014 but published earlier this month, suggests that the company is devising a pretty sweet printer that not only prints in 3D, but renders those designs in multiple colors. You heard that right. Multi-color 3D printing is in the works. Until now, multi-colored 3D printing was rare and never before done on a consumer level. Apple’s patent application reflects its desire to create an efficient and affordable way for everyday consumers to apply color to 3D objects.

To that end, their new printer is believed to include just two nozzles: one for depositing the layers of material needed to build the 3D object itself, and a separate one to apply color to those objects using ink or paint.

No word yet on when such a device is going to come to life, so die-hard Apple fans still have plenty of time to dream up their 3D multi-colored creations.

What is the craziest idea you have for a 3D-printed projects? Tweet us @BritandCo!

Manasa Reddigari
Manasa is a freelance writer with a passion for the weird and wonderful technologies that are transforming life as we know it today.
3D printing
Tech
3D printing Tech News