Arie Luyendyk Jr. and Lauren Burnham Are Getting Married Today — Here’s Everything We Know 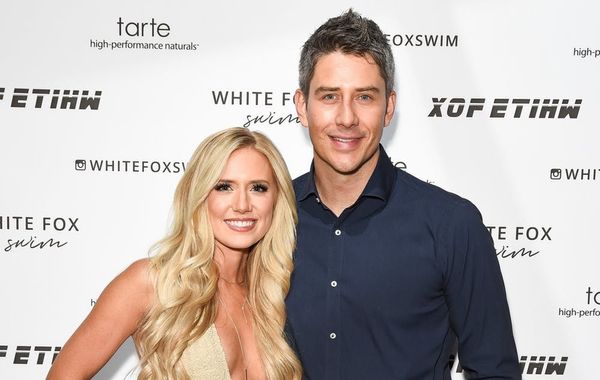 Today’s the big day! Bachelor lovebirds Arie Luyendyk Jr. and Lauren Burnham, who are expecting their first child together (a baby girl!) in June, are saying “I do” in Hawaii after plenty of on-screen drama and an unforgettable proposal on The Bachelor‘s After the Final Rose last year.

The couple broke the news of their nuptials last May, confirming the January 12, 2019, date on The View and telling the ladies that they had already booked the venue. “It’s in Maui — it’s at Haiku Mill, which has this beautiful, old-world feel with a lot of vines and greenery,” the groom-to-be spilled. “It’s not your typical beach wedding. And it’s a private wedding, so not on TV — just a close group of friends. Probably 100 guests.”

Among those guests are several Bachelor Nation stars, including Bachelor host Chris Harrison, who is officiating the ceremony. Speaking with Entertainment Tonight this week, he called the duties an “honor” and revealed, “They called me a couple of months ago and they said, ‘We’d really love it if you would fly out and officiate the wedding for us, we can’t think of anyone better.’ I don’t take it lightly.”

As for the rest of the guest list, fellow season 22 stars Marikh and Seinne are confirmed guests, and Maquel is taking on bridesmaid duties. Sean Lowe and Catherine Giudici are also expected to attend.

According to ET, the groom will walk down the aisle in a Kenneth Cole tuxedo, while the bride will wear a Hayley Paige gown. “I would say it’s a little bit of a princess vibe [and] there’s probably going to be some glitter,” she teased.

Earlier this week, the soon-to-be newlyweds touched down in Hawaii and Luyendyk “finally” got to take his love “on a proper @bachelorabc helicopter date. With a stop for sparkling cider of course!” he joked on Instagram, sharing snaps of the pair enjoying a scenic helicopter ride. A beaming Burnham also shared the photos, writing, “Helicopter. [check] Champagne (sparkling cider) toast at the top of a beautifully romantic mountain top. [check] Super sexy (ex)Bachelor. [check] Finally got that one on one date I’ve always dreamed of.”

The following day, she was back with more photos, including one of them standing on a hill, looking at a rainbow over the beautiful blue waters of Maui. “Fairytales do come true,” she wrote.

Are you excited about Arie and Lauren’s big day? Tweet us @BritandCo.