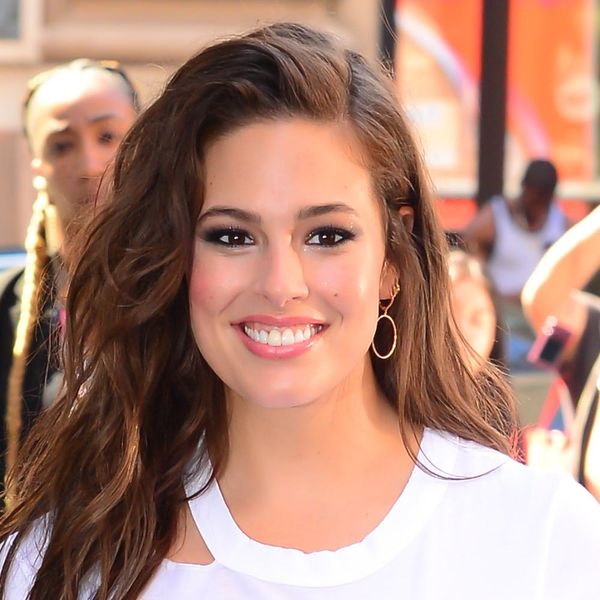 It’s been quite the year for the fashion industry with regard to body positivity. Not only have we seen retailers forgoing Photoshop on campaigns, but Michael Kors put his first curvy model, Ashley Graham, on the runway. For as many strides as we’ve taken, however, there’s still a long way to go: a fact Graham made all too clear recently in an interview with The Cut, where she revealed the REAL reason why she stayed home from the 2016 Met Gala.

“I couldn’t get a designer to dress me,” Graham said. “You can’t just show up in jeans and a t-shirt.” The 29-year-old model said it was due in part to the timing (she had been on hold for a ticket) and that she wasn’t well connected to many designers. The Cut points out that her size was also likely a factor, as she was out of sample range, and designers would’ve had to scramble to make something from scratch.

It’s certainly not the first time designers have turned their noses up at dressing a curvier star under a time crunch: Leslie Jones was only able to find a fashion guru to outfit her for her big Ghostbusters premiere after she Tweeted about the difficulty she was experiencing finding someone to dress her, at which point Christian Siriano came to her aid.

But sometimes there are brands who refuse to lend their clothes for shoots, simply because Graham doesn’t fit the conventional model sizes. When the brunette beauty covered British Vogue back in January, EIC Alexandra Shulman wrote in the issue’s editor’s letter, “Sadly there were other houses that flatly refused to lend us their clothes.”

Still, like Jones, it was Graham who had the last laugh, showing up the following year to the 2017 Met Gala looking like a total knockout in H&M Couture. Even Rihanna thought she was a total babe, telling Graham that she looked “hot as f*ck.” It was quite a compliment coming from the Queen of the Met Gala herself. “I had no idea what to say to her,” Graham admitted. “I was just like, ‘You slay every Met Gala, Rihanna!”

Are you surprised by Ashley’s revelation? Share with us @BritandCo.

Nicole Briese
Nicole is the weekend editor for Brit + Co who loves bringing you all the latest buzz. When she's not busy typing away into the wee hours, you can usually find her canoodling with her fur babies, rooting around in a bookstore, or rocking out at a concert of some sort (Guns N' Roses forever!). Check out all her latest musings and past work at nicolebjean.com.
Body Positive
Style News
Body Positive inclusivity Met Gala
More From Style News