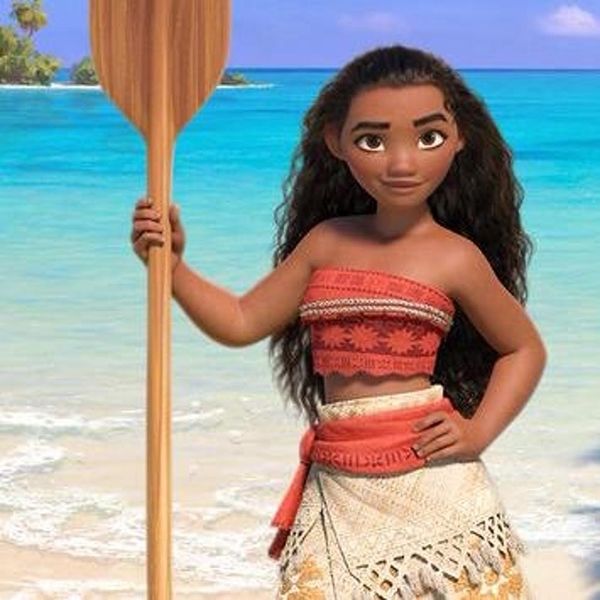 Earlier this year at the D23 Expo, Disney announced that they were releasing a new Disney Princess film in 2016 about a Polynesian princess named Moana. The film follows young Moana, who is a natural-born sea voyager, on her adventures as she sets sail around the islands and encounters all sorts of characters, like the demi-god Maui (played by Dwayne “The Rock” Johnson). Disney was searching for a newcomer to voice the role of Moana, but the question was who?

Good news! They’ve found her. Meet the girl who will be playing Moana. Disney announced today via Twitter that the 14-year-old Hawiian native and newcomer Auli’i Cravalho will be playing the eponymous role. After auditioning hundreds of talented young women and having no luck, Casting Director Rachel Sutton said Auli’i was the last girl she saw on the last day of casting.

Directors Ron Clements and Jon Musker didn’t tell Auli’i the good news right off the bat. Rather, they pranked her by saying it was another callback, and while she was ad-libbing, they said, “Is there any way you could play it more like we’re telling you that we’re offering you the role.” Moments later, they revealed they weren’t joking. They really did want the young actress to be Moana. Good one, directors.

Check out the video introducing Auli’i by Disney below!

What do you think of Disney’s casting choice? Tell us in the comments below!

Kimberly Wang
Kimberly Wang writes about all things pop culture, tech, style, and beauty. She's a Bay Area transplant and has an MFA in Creative Writing from Columbia University. On a sunny New York day, you can find her hanging out with her mini schnauzer Isabelle Jellybean on a blanket in Central Park.
Disney
Most Recent
Disney