Disney Is Getting a Brand-New Princess! (+ She’s a Badass) 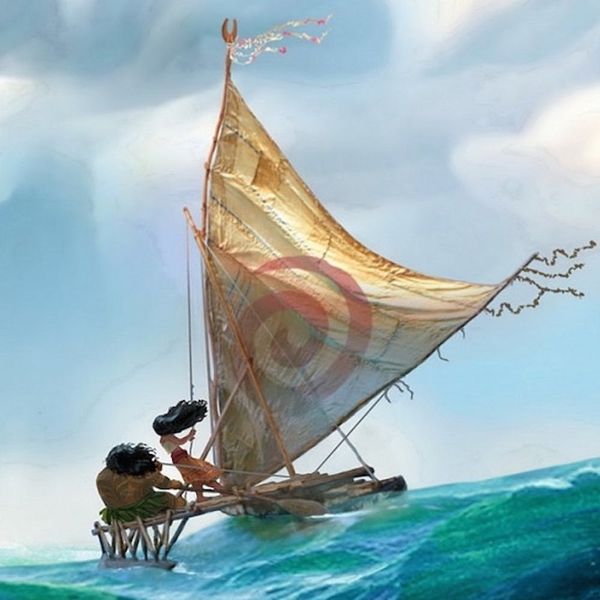 Most of us grew up with a fave Disney princess (Ariel, FTW!). In fact, having a favorite Disney princess could probably be considered a rite of passage, and even as we age, our love for Disney never fades — sometimes it intensifies. Last week, at the D23 EXPO, Disney execs revealed their plans for a brand new princess, Moana.

According to the film’s IMDB page, Moana Waiakili, whose name is the Maori and Hawaiian word for “Ocean,” is the only daughter of a Polynesian chief and another in a long line of “born navigators.” Her eponymous film follows her as she embarks on a sea voyage through the imaginary kingdom of Oceania, during which she will encounter various obstacles, adventures and demigods — including one named Maui, who will be voiced by Dwayne “The Rock” Johnson, who ends up being her male companion during her journey. But wait, there’s more!

The film was written and directed by Ron Clements and Jon Musker, the same super duo who brought us The Little Mermaid, Aladdin and The Princess and the Frog. Yup, we can rest assured that our new favorite princess is going to be in good hands. Check out the intro video for the film below.

Are you excited to see Moana? Tell us in the comments below!

(h/t Us Weekly, photos via Disney + Jesse Grant/Getty + Inside the Magic)

Kimberly Wang
Kimberly Wang writes about all things pop culture, tech, style, and beauty. She's a Bay Area transplant and has an MFA in Creative Writing from Columbia University. On a sunny New York day, you can find her hanging out with her mini schnauzer Isabelle Jellybean on a blanket in Central Park.
Disney
Home News
Disney
More From Home News