Here’s What Babies Eat Around the World 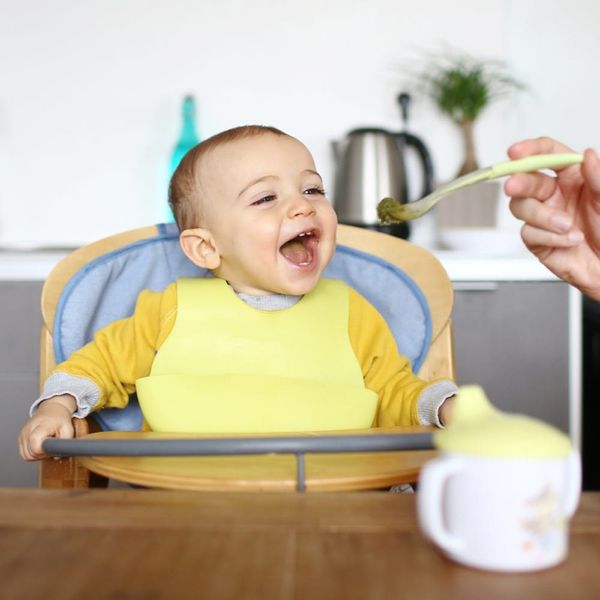 Pureed carrots and corn might not exactly bringing the word “yummy” to your lips. But your baby sure likes it when you toss a few veggies in the food processor, blend them up, and spoon feed it to them. You’ve spent days, weeks, no… months educating yourself about healthy baby foods for their first year. Of course, this most likely means that you’ve been learning about what American babies need, should, or want to eat. What your kiddo chows down on might not necessarily look like what kiddos across the planet eat. If you’re wondering what goes down globally on the baby food front, check out these pint-sized international eats.

1. Japan: That rice cereal you feed your baby isn’t exactly groundbreaking when it comes to infant culinary inventions. The Japanese feed their babies okayu, or rice porridge. The starter version of this first food is plain and liquidy, but moms often adapt it as baby begins eating different textures.

2. Kenya: Known as ngwaci, sweet potatoes are a staple of the Kenyan diet. They’re rich in vitamin A, which is important for a healthy immune system and helps your eyes, lungs, heart, and kidneys to work properly. Babies in Kenya aren’t munching on whole potatoes, though. Parents mash them up to serve as a mushy first food.

3. Sweden: Swedish babies over six months are treated (if that’s what you want to call it) to a thick, syrupy, cereal-like drink that keeps their tummies full and gets them growing. This cornerstone of the infant diet is known as Välling, and Swedes swear by it. This drink-food product is kind of like formula, but way thicker. It’s more like a cross between formula (made with fortified powdered milk) and that goopy baby cereal that we feed tiny tykes over here in the US.

4. France: We’ve all heard the tales about little French children who eat culinary delicacies that most us American adults still look at as “fancy.” The French typically start their babies off with veggies and go from there. The difference when it comes to feeding in France is the pace at which the foods are introduced. French parents are majorly into diversification and introduce a new vegetable every three to four days.

5. Jamaica: Like babies in the US, babies in Jamaica also eat pureed and mashed fruits. But these kiddos are treated to what we consider the exotic varieties. Of course, to Jamaican mamas, fruits such as mangoes, naseberry, and guava are more-common-than-cool variations.

6. Cameroon: Babies in this African country eat a cereal-like fermented cornmeal recipe called pap. It’s kind of like a corn mush. Think of a watery polenta and you’ve got it!

7. India: Again, a cereal-esque porridge is the way to go when it comes to first baby foods. In India, babies are given dalia. Instead of corn or rice, this one is made from broken wheat. It’s obviously a good source of carbs, but dalia also has plenty of iron and fiber in it too.

8. Mexico: Some of the first foods that Mexican moms feed their babies are soups, fruits (such as papaya), and avocadoes. Older tots chew on soft tortillas too. Some mamas favor sprinkling a touch of chili powder on the foods as a way to get their little picky eaters to try new foods.

9. Italy: Like the French, Italian parents start their kids out with an assortment of veggies. These are pureed and mashed, of course. As kids get used to solids and start trying new textures, a vegetarian broth with small semolina pasta is also a favorite.

What was your baby’s first food? Tweet us @BritandCo!

Erica Loop
Erica Loop is a freelance writer living in Pittsburgh. When she's not busy creating kids' activities for her blog Mini Monets and Mommies, you can find her trying to hang out with her teenage son, being chased by her two Olde Boston Bulldogs or teaching a children's karate class (she's a third degree black belt!).
Food Recipes Roundups
Parenting
Food Recipes Roundups New Moms New Parents Travel
More From Parenting