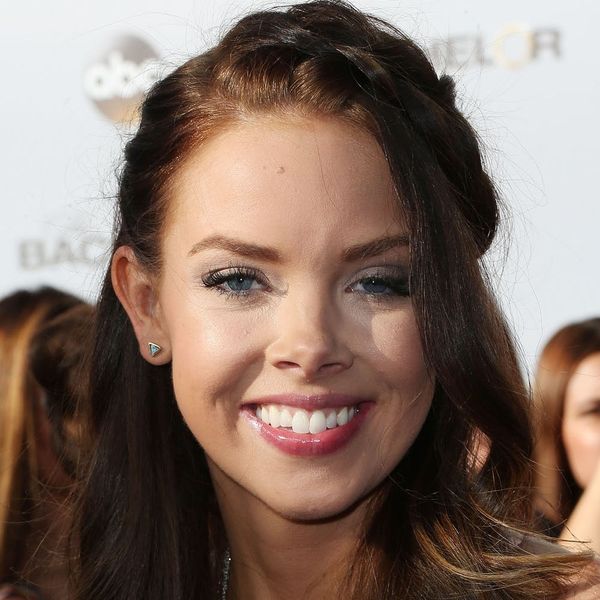 Forget Bachelor Nation: more like Baby Nation! From Carly Waddell and Evan Bass, who are eagerly awaiting the arrival of their first child together, to Sean and Catherine Lowe, who recently announced that they’re expecting baby number two, the Bachelor family is growing by leaps and bounds as of late. They’ll have to make room for one more, however, as season 18 Bachelor alum Kelly Travis Hamm has just announced that she and her husband of one year, Hunter Hamm, are also expecting!

Taking to Instagram, the self-professed “dog lover” (you’ll likely recall that the title was listed as her official occupation on the show, with a pooch accompanying her out of the limo to meet Juan Pablo Galvais) revealed that becoming a mom was just one of the things she had to be thankful for this Thanksgiving.

Hamm in the oven! So excited to announce baby Hamm is due June 2018. #thankful #hammintheoven

“Hamm in the oven!” the Atlanta-native wrote on a snap of a black and white sonogram surrounded by tons of sparkling, colorful confetti spilling out of an open party popper. “So excited to announce baby Hamm is due June 2018. #thankful #hammintheoven”

Happy birthday to my guy! Thank you for making life the best. I love you @huntergeorgia and for your birthday I won’t use a filter that makes you look ginger #compromise // 📸: @lovemedophoto

It’s a happy ended for the couple, who dated for four years prior to the mommy-to-be’s stint on the hit ABC reality show. Speaking with Jezebel‘s Modern Luxury back in 2015, the 31-year-old admitted the experience opened her eyes to her one true love. “I found myself wishing I was with Hunter, instead of at all the incredible places the show was taking me,” she said.

After getting cut from the show in week five, she immediately reached out to her ex who “was there when I got to the airport, and we have spent every day and night together since.” Aww!

The pair got engaged soon after at the Goldeneye Resort in Jamaica in November 2014 and tied the knot in a super secret ceremony in May 2016 in their hometown of Atlanta.

Congratulations to the happy and expecting couple!

Which Bachelor baby are you most excited to meet? Tweet us @BritandCo.

Barbara Pavone
Barbara Pavone is a pop culture-obsessed writer based in beautiful (but ridiculously cold) Montreal, Canada. When she's not working, she's sipping on a Pimm's Cup and daydreaming about her celebrity hero, Saint West.
Celebrities
Celebrity News
Celebrities Celebrity Baby the bachelor