The Bachelorette’s Becca Kufrin, Garrett Yrigoyen Speak Out Amid Controversy Over His Instagram History 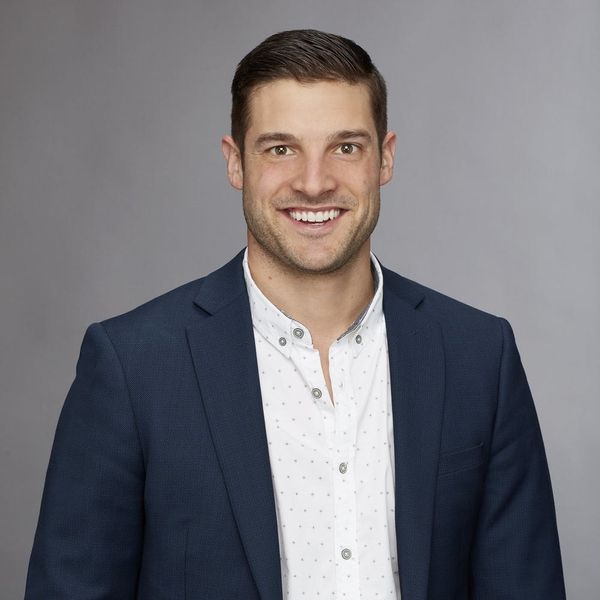 This season of The Bachelorette just started, but there’s already controversy brewing thanks to front-runner Garrett Yrigoyen and his alleged social media activity. After the 29-year-old medical sales rep won the first impression rose from Becca Kufrin, it was reported that he had liked Instagram posts condemning Parkland students and mocking immigrants and the trans community.

The Instagram account believed to be associated with Yrigoyen has since been deleted, but former Bachelor contestant Ashley Spivey posted a Twitter thread sharing some of the posts he had reportedly liked on the photo sharing app. “Not sure why I was sent these pics but I’m sure it has to do with me always calling out bull$h*t,” Spivey tweeted. “But I’m fine being that person.”

Kufrin told Entertainment Tonight that she didn’t know about the offensive content but hopes viewers will watch her love story unfold without judging any of the contestants’ past mistakes. “I want viewers to be open to everyone, and I want them to go through this season with me and watch my love story unfold with all of these men and to be open because that’s how I went into this journey,” she said Wednesday. “People say and do certain things. I’ve done things in the past that I’m sure wasn’t the best thing.”

She continued: “I can’t fault anyone for what they believe and who’s to say that anything that anyone likes is truly what they believe in if they just double tap? I can’t speak to that because it’s not me. I am a strong woman and I do believe in certain things, but again, that’s what’s so great about our country — everyone is entitled to their own opinions.”

Yrigoyen, for his part, issued an apology via his brand-new Instagram account on Thursday. “I am sorry to those who I offended, and I also take full responsibility for my ‘likes’ on Instagram that were hurtful and offensive,” he wrote. “… I have learned an extremely valuable lesson and am taking steps to grow, become more educated, and be a better version of myself. I am not perfect, and I will never be anywhere close, but now I will always be more informed and aware of what I am liking and supporting, not just on Instagram, but in life.”

He went on to say that the “likes” were not a true reflection of his morals.

“Obviously we want to know every single possible thing about these contestants,” Robert Mills, senior vice president of alternative series, specials, and late-night programming, told ET of the controversy surrounding Yrigoyen. “So, we’re working harder. I mean, it is such a new frontier, social media, and I think it’s important for us to really be on top of this stuff, and certainly we never want a situation like what happened last year with Lee [Garrett] to ever happen again. … We are here telling everybody we are putting the best men and women forward for the lead to date, so I think we want to make sure we are absolutely doing that.”

What do you think of this season of The Bachelorette? Let us know @BritandCo.

Kat Armstrong
Kat has been a writer, social media maven and mom for longer than she's willing to admit. She's also spent time in front of and behind the camera, interviewing celebs, politicians and acting as a producer for fashion and artistic photography shoots. When she isn't writing for various orgs and publications, she's hanging with her kids, husband and French Bulldog, Peter, in Toronto, Canada.
Controversy
Celebrity News
Controversy The Bachelorette
More From Celebrity News