Bachelorette Rachel Lindsay Reveals When She Wants to Get Married 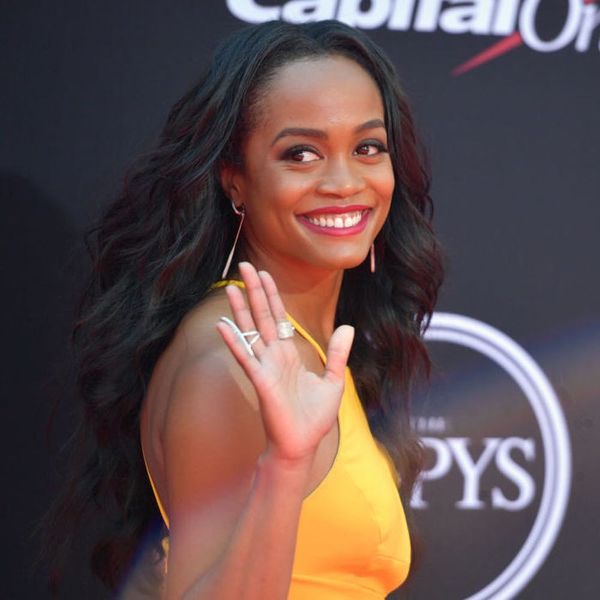 Despite Dean Unglert’s assertion that she’s “blinded,”The Bachelorette’s Rachel Lindsay is currently engaged, “so in love,” and doing her best to keep her long-distance relationship thriving with secret dates. But she’s not in a rush to actually say “I do” to her mystery fiancé.

“Because we’re getting to know each other in a different way, I want to wait at least a year from the time that we got engaged,” Lindsay, 31, told People during an interview at the Sports Illustrated Fashionable 50 event in Hollywood. She added, “So ideally, I’d like to get married next year, but who knows? We’ll see what happens.”

She continued to gush about her love, saying, “I love my fiancé. I just saw him yesterday. We just finished having our little rendezvous. We called it Happy Couples Weekend. Every time I spend more time with him, it’s even better.”

But when it comes to their wedding date, she admitted, “He’s more of a hopeless romantic than I am! So he wants to wait a year too, but probably sooner.” Does that mean we’ll be seeing a (televised?) wedding in the near-ish future?

Not necessarily. “I think he’s just following my lead,” Lindsay added. It looks like we’ll have to wait to see who gets their way when it comes to the big day. In the meantime, we’ll keep our fingers crossed that they decide to air the ceremony and share their special moment with the rest of the reality TV-lovin’ world.

How long after getting engaged would you (or did you) wait to get married? Let us know @BritandCo!