‘Bachelorette’ Recap: The Most Cringeworthy/Swoon-Worthy Moments of Season 14, Episode 3 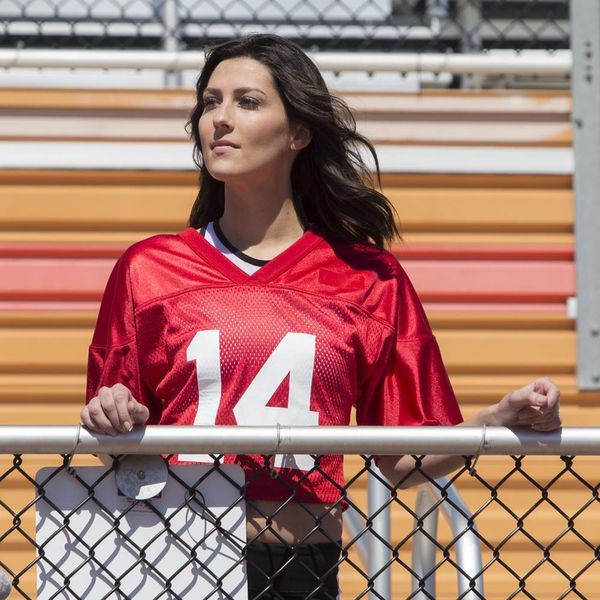 “Cringeworthy” doesn’t quite cover this week’s episode of The Bachelorette. Not one but two of the men had to be taken away in ambulances, and Colton unexpectedly found himself in the same room with both Becca and Tia, just one episode after he confessed he dated Tia prior to the show. (Probably not a coincidence.) Read on for a recap of all the drama.

All of the Becca-Tia-Colton awkwardness. This little pseudo-love triangle had a happy ending, but it did dominate a good portion of the first group date, which was a spa day with six of the guys and Becca’s Bachelor BFFs, Tia, Bekah, Kendall, Caroline, and Seinne. As Jason pointed out, there was an elephant in the room from the moment Colton walked in and saw Tia, and although all three parties handled it well publicly, it was obvious they were uncomfortable.

Tia and Becca eventually snuck away to have a heart-to-heart about the situation, and Tia explained that her relationship with Colton was casual and happened before their season of The Bachelor even aired. Becca worried, though, that Colton had only signed up for the show because he was hoping Tia would be the Bachelorette. Once he assured her that wasn’t the case, she gave him the date rose. All’s well that ends well?

Becca forgetting Jason’s name. Look, we get it — we can’t keep track of everyone, either. Frankly, it’s surprising that this doesn’t happen more often on The Bachelor/Bachelorette. But it was still pretty uncomfortable when Becca went to introduce the guys to her girlfriends and blanked on Jason’s name. Luckily for her, he had a pretty good sense of humor about the whole thing, especially after she apologized during their one-on-one time at the cocktail party and confessed that she had a crush on him.

The Jordan-David drama. We’re still not sure why this came up, but somehow the guys got to talking about Jordan’s Tinder profile, and his claim that he had 4,000 matches in 2017 alone. David decided to tell Becca about the conversation during their one-on-one time, after which she jokingly congratulated Jordan on the milestone with a high-five. She actually didn’t seem that upset about it and even told Jordan later that she was just making light of the situation, but Jordan was mad that David had sold him out. He called David a bunch of names, including a “skeleton of a man,” and went on and on about karma, at one point saying, “People that go against me just end up hurt sometimes.” Uh, okay.

Jordan referring to Becca as a thing, rather than a person. Jordan had a lot of ridiculous quotes in this episode — “I know it’s hard being with me, like, a model” — but we think the most telling was this line to Becca: “You are something that I would like to see myself next to.” She’s a someone, not a something, guy.

David’s accident. Although the previews for this week’s episode made it seem like David’s injury was the result of a fight, it turns out that he fell from the top bunk while sleeping and landed on his face. His injuries were apparently pretty serious, because Chris Harrison told Becca that David had been hospitalized in intensive care. “I woke up to Blake, like, screaming David’s name. And he’s just, like, laying there on the ground,” Colton recalled the next morning. Fortunately for everyone involved, we know from the tease for next week’s episode that David eventually recovered enough to return to the mansion.

Clay’s injury. NFL player Clay was in his element on the second group date, which was a football game — the Becca Bowl, natch — with 10 of the guys. But on the last play of the game, he injured his wrist and, for the second time in the episode, an ambulance had to be called. He returned to the date later that night and was rewarded with the coveted date rose, but a consultation with an orthopedic surgeon the next morning left him with a difficult choice: leave the show to have surgery and save his career, or stay and take a chance with Becca. Ultimately, he decided he had to prioritize his health, and he gave back the rose to a tearful (but understanding) Becca.

Becca’s date with Chris. There were a few shaky moments during Chris and Becca’s one-on-one, but by the end of the night, they were fully in sync. The date started with a little songwriting session with Richard Marx at Capitol Records, where Chris initially struggled to put his feelings for Becca into words — in part because, as he pointed out to Becca, it was a little early in their relationship for them to be writing a love song about each other, but also because of something that had happened with his father after his parents’ divorce. He eventually got over his fears, though, and after wooing her with a heartfelt verse, opened up about why it’s difficult for him to be so vulnerable. Good save, Chris.

No rose ceremony this week, so stay tuned for next week’s recap to find out who made the cut.