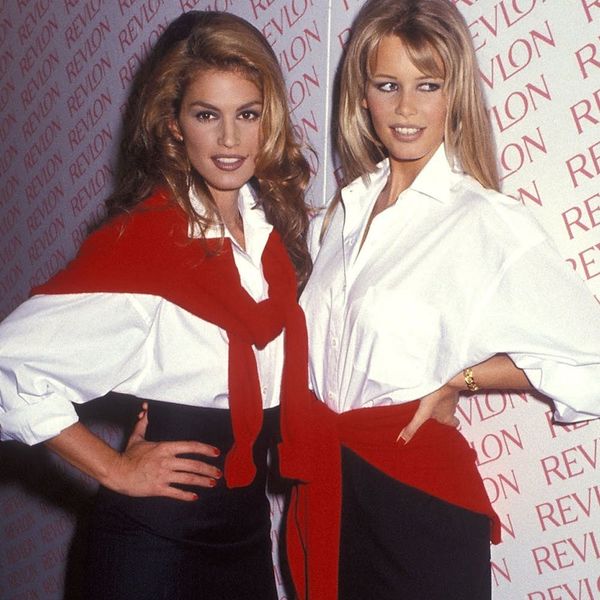 If there was a competition judging which brand could bring in the most famous fans, Balmain would definitely take home the trophy. While it started out as a wholesome couture house for post-war, fashion-loving ladies back in the late ’40s, the French fashion company has become known for their super sexy, curve-hugging designs over recent years – which might explain why the Kardashians are regularly spotted in the brand.

Balmain went big with the debut of their H&M + Balmain collab by recruiting models Jourdan Dunn and Kendall Jenner to preview a few pieces on the red carpet of the Billboard Music Awards, but it looks like they’ve gone above and beyond with the latest ad campaign for their newest collection.

We’re all about the buzzing modern day supermodels like Kendall Jenner, Karlie Kloss and Cara Delevingne, but one glance at these insanely sexy snaps proves that these three queens still know how to totally nail a fashion shoot 20 years later.

Here’s to hoping this is secretly a teaser for a second H&M collab…. A girl can dream, right?

Cortney Clift
Cortney is the senior writer and special projects editor at Brit + Co. She typically covers topics related to women's issues, politics, and lifestyle. When she's not buried behind her computer you'll find her exploring New York City or planning her next big adventure.
Kardashians
Style News
Kardashians
More From Style News