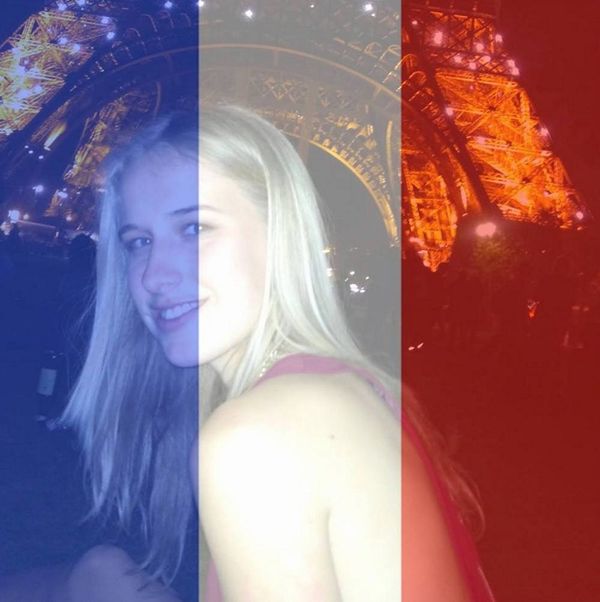 As more and more details begin to emerge from the Paris Attacks, the already terrifying situation only seems to get more surreal. And while the survivors’ stories tell of unimaginable violence, they’re also filled with tales of human kindness – loved ones holding each other close, strangers putting their lives on the line to protect someone they’ve never met.

Isobel wrote, “You never think it will happen to you. It was just a Friday night at a rock show. The atmosphere was so happy and everyone was dancing and smiling. And then when the men came through the front entrance and began the shooting, we naively believed it was all part of the show. It wasn’t just a terrorist attack, it was a massacre. Dozens of people were shot right in front of me. Pools of blood filled the floor. Cries of grown men who held their girlfriends’ dead bodies pierced the small music venue. Futures demolished, families heartbroken. In an instant. Shocked and alone, I pretended to be dead for over an hour, lying among people who could see their loved ones motionless… holding my breath, trying to not move, not cry — not giving those men the fear they longed to see. I was incredibly lucky to survive. But so many didn’t.”

She goes on to write, “Being a survivor of this horror lets me able to shed light on the heroes. To the man who reassured me and put his life on line to try and cover my brain whilst I whimpered, to the couple whose last words of love kept me believing the good in the world, to the police who succeeded in rescuing hundreds of people, to the complete strangers who picked me up from the road and consoled me during the 45 minutes I truly believed the boy I loved was dead, to the injured man who I had mistaken for him and then on my recognition that he was not Amaury, held me and told me everything was going to be fine despite being all alone and scared himself, to the woman who opened her doors to the survivors, to the friend who offered me shelter and went out to buy new clothes so I wouldn’t have to wear this blood stained top, to all of you who have sent caring messages of support — you make me believe this world has the potential to be better.”

Isobel’s story (which you can read in full here) is only one from those of the hundreds of people who will be forever affected by the terrible events of that day. Her strength and willingness to publicly share her experience evokes an impressive sense of bravery and defiance against the forces responsible for the attacks. Paris and Isobel, we stand with you.

Have you heard other moving stories from survivors of the Paris Attacks? Share them with us in the comments below.