This “Beer for Her” Is Getting Some Serious Backlash Online 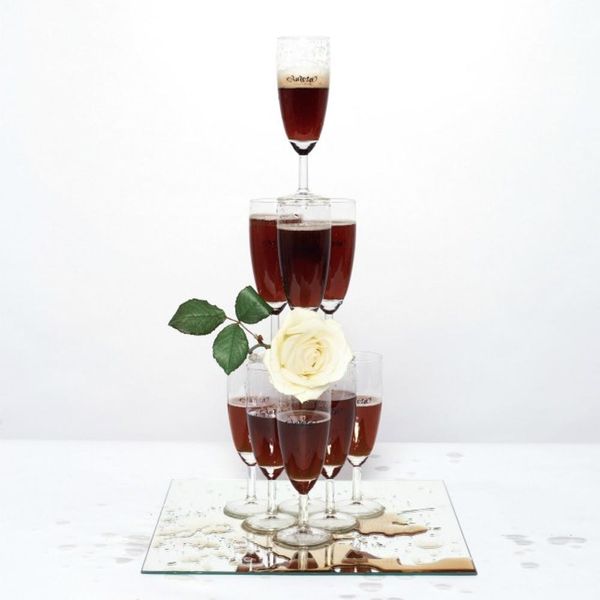 A brewing company based out of the Czech Republic had people scratching their heads last week when it introduced the UK to Aurosa — the “first beer for her.” The premium beer company first introduced its women-centric brew concept late last year, but with its UK expansion, people took serious note.

According to the company’s website, Aurosa’s #BeerforHer is “a representation of a woman’s strength and a girl’s tenderness. Born and brewed in castle Rychvald, East of Czech Republic, our beer was destined for sophistication and elegance.”

Brewery owner Martina Šmírová believes that women have been shut out of the beer industry, and her goal is to give women proof that they can succeed anywhere without “having to adapt and sacrifice their natural femininity.”

When UK beer drinkers got hold of the pink marbled bottles the beer is served in, however, they had some different opinions about it. Many were downright offended by the insinuation that regular beer wasn’t for women, and by the idea that they’d been reduced to a marketing ploy.

"Beer for women" – Exactly like regular beer – only in pink bottles 🙄 https://t.co/az6FPnESwO

KILL IT WITH FIRE! "There is a ‘beer for women’. Give us strength" @thepooluk #thepool https://t.co/nYh6NpUSqv #everydaysexism #forher

I don't need #Aurosa I already drink Heineken. But thanks for the offer! Not.

"Oh look, butterflies happened to have landed on my beer!" "I only read pink books about clothes!" https://t.co/jMrr9FjM9o

Where in the alcohol book of life does it say that only women can drink mimosas? And only men drink beer?

The brand has since responded to the public outcry in a Facebook post, saying, “We really value everyone’s opinion and wanted to thank all of you for sharing it. Our goal is to create a beautiful product in order to celebrate women’s femininity and elegance. If you don’t find yourself in favor of it, we are truly sorry to not have you on our side, however, we remain truthful to our product.”

They also added, “Aurosa was not intended to offend anyone’s views or feelings. Thank you for being part of the discussion.”

Still, they’re not backing down: The company’s site is expanding to include Aurosa Gold, a luxury beer set to launch in September of this year.

Would you drink a beer marketed only to women? Tell us @BritandCo!

(h/t The Independent; photos via Aurosa)

Kat Armstrong
Kat has been a writer, social media maven and mom for longer than she's willing to admit. She's also spent time in front of and behind the camera, interviewing celebs, politicians and acting as a producer for fashion and artistic photography shoots. When she isn't writing for various orgs and publications, she's hanging with her kids, husband and French Bulldog, Peter, in Toronto, Canada.
Food News
The Conversation