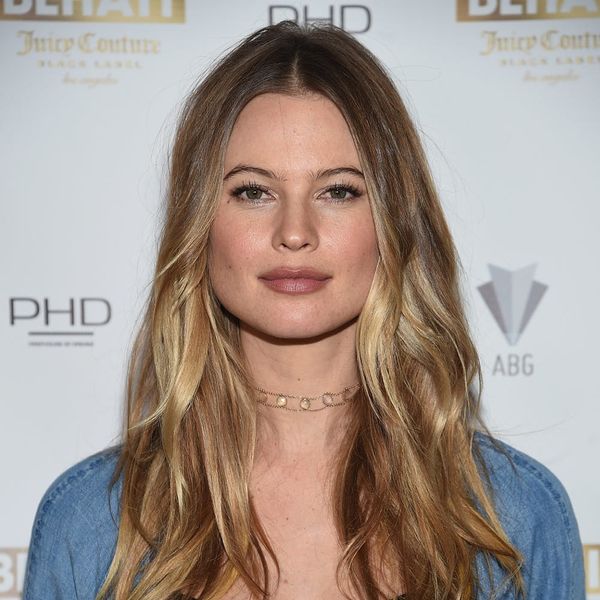 Behati Prinsloo and Candice Swanepoel have quite a few things in common. They’re both incredibly gorgeous, they both hail from South Africa, they’re both Victoria’s Secret angels and they’re both expecting their first little ones. With the babies growing fast, the two mamas have been sharing pics documenting every stage of their pregnancies. And while enjoying a pair of these overly adorable pics, we’ve noticed something: Behati Prinsloo and Candice Swanepoel are totally twinning, baby bump style.

Just under two months ago, Candice posted a lovely pic of herself to Instagram, bare-chested yet modestly covering herself and showing off her growing baby bump. With her hair tossed in front of her face and her denim jeans unzipped, the black and white pic is as gorgeously raw as it is perfectly staged.

But wait a minute, there’s some major déjà vu happening, because just four weeks later, pretty much the exact same pic popped up. Showing up on Behati’s Instagram, the second pic shows the same sorta pose, just a different mama facing the opposite way. Perhaps Behati liked her bestie’s pic so much, she decided to snag a similar set up for herself.

The two have both regularly shared adorable baby-bump photos of their coinciding pregnancies, from poolside pics to “oh my goodness, we’re almost there” pics. But with the two totally twinning in these particular B&W shots, the only thing that could possibly be cuter is if they had posed back to back (Photoshop, anyone?).

Candice, who’s a little further along than her BFF, shared a new pic yesterday showing off her “lady lumps” in a dark peach, lace-cuffed robe and nothing else, which has us wondering how long it will be until Behati’s matching pic turns up.

Were you preggo (or hope to be) at the same time as your bestie? Tweet us @BritandCo!