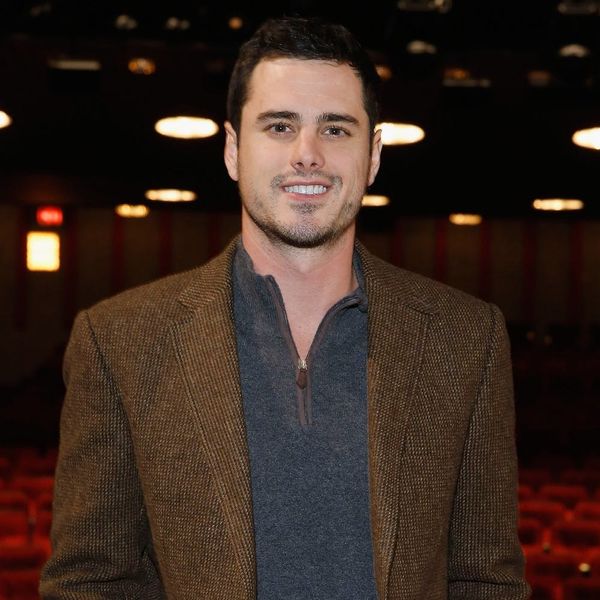 It’s been almost two years since Ben Higgins helmed his own season of The Bachelor. In the time since, he’s been open about everything from his relationship struggles and eventual breakup with Lauren Bushnell to his current dating life, but he’s only just now opening up about a health problem that plagued his time on the show — something that not even he knew about until months after his season ended.

In a post on his blog Mahogany Workplace, Higgins reveals for the first time publicly that he was suffering from a stomach parasite while filming The Bachelor season 20.

“My stomach was in knots for months and there was nothing I could do about it,” Higgins writes. “To complicate matters, I was dating 26 women at the time, so I wasn’t surprised that my stomach felt uncomfortable sometimes. Four months after I finishing filming I realized something was really wrong and saw a doctor.”

It turns out that, about a month before filming the show, Higgins attended a friend’s wedding in Honduras. He believes that during a group trip to do service in the rural villages, he came into contact with contaminated soil, infecting him with Strongyloides, or a parasitic roundworm.

I smile because God is good in all situations. Although not ideal in my life some relationships have given me stomach aches. However, I learned a ton through them. Read more about this on @mahoganyworkplacecreative (link in bio)

Higgins says it’s “one of the few parasites that can continue auto-infecting its host and has been known to live in humans up to 65 years,” but luckily, after several appointments with his doctor and two strong doses of an anti-parasite medicine, he got the all clear.

“I lived for about seven months with a constant stomachache, so I can’t explain to you how happy I was to end this unwanted relationship,” he wrote. “Unfortunately, like every failed relationship, this one left a scar. I still can’t drink beer or eat anything with eggs. Not being able to brunch or drink a brew with my friends isn’t something I hoped for at 28 years old.”

Despite the effect the parasite has had on his diet, Higgins still chooses to see the silver lining in what he went through. “Was it easy? No. Was it worth it? Yes, because the pain I went through, physical and otherwise, will always connect me with people who are also broken.” Sounds to us like someone needs another stint on the Bachelor, stat.

Are you surprised to learn about Ben Higgins’ illness? Let us know @BritandCo!

Nicole Villeneuve
Nicole is an entertainment and lifestyle writer covering pop culture, news, and cool women doing cool things. She likes yard sales, MTV's Teen Mom, and putting too many memes in the group chat. She lives in Toronto.
the bachelor
Celebrity News
the bachelor