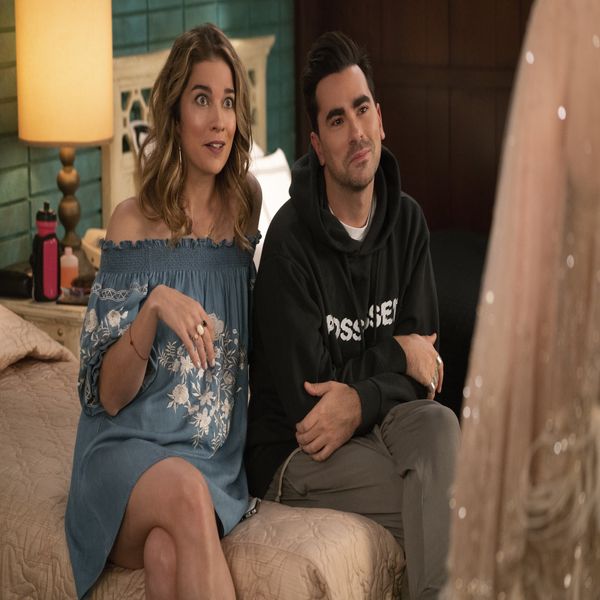 Often, when you get really invested in a TV series, the characters begin to seem like real people in your life — not in the sense that you forget they're fictional, but in the sense that you care about what happens in their lives and relationships. Watching your favorite show every week is like checking in with your friends or, in some cases, your extended family. So, in honor of National Siblings Day, here are some fictional TV siblings we love like our own kin. (Photos via ABC/Derek Johnson + Freeform/Richard Cartwright + POP TV)

Kevin, Kate, and Randall Pearson, This Is Us: Kevin, Kate, and Randall — AKA The Big Three — are the tightest of TV siblings. Even as they grow up and apart, preoccupied with starting their own families and pursuing their own dreams, they share a singular, unbreakable bond, forged from literal fire amid the tragedy of their dad's untimely death when they were teenagers. (Photo via Ron Batzdorff/NBC)

Sam and Dean Winchester, Supernatural: The Winchester brothers have fought demons, ghosts, vampires, witches, shapeshifters, and other supernatural monsters for 14 (going on 15) seasons. At times, they've fought each other, too. (Both have been possessed by otherworldly evils at various points throughout the series.) Eventually, though, they always come back together. They're a team, in the truest sense of the word, and the world is a better, safer place because of it. (Photo via Diyah Pera/The CW)

Kara and Alex Danvers, Supergirl: The current season has complicated things for the Danvers sisters a bit — no spoilers! — but generally speaking, Kara and Alex always have each other's backs. And even though Kara has actual superpowers, they both bring a lot to the relationship. Alex is just as much of a badass as Supergirl, and she's a steady, grounding presence in Kara's otherwise bonkers life. (Photo via Dean Buscher/The CW)

Alexis and David Rose, Schitt's Creek: Alexis and David can be selfish, superficial, and insensitive, but they can also be kind, compassionate, and generous, even (or especially) when they have nothing of any material value to give. And while they started on the show as near-strangers forced together by the cruel hands of fate and a bad business deal, they've since become genuinely invested in each other's lives and well-being. And now so are we. (Photo via POP TV)

Luke, Alex, and Haley Dunphy, Modern Family: At first glance, Luke, Alex, and Haley have nothing in common but DNA. Look a little closer, though, and you'll see three puzzle pieces that not only fit together but help complete the picture of their family. Each of them brings out something unique in the others, so while they definitely have their differences, there's more overlap than you might think. (Photo via ABC/Eric Liebowitz)

Amelia Shepherd, Maggie Pierce, and Meredith Grey, Grey's Anatomy: Amelia, Maggie, and Meredith didn't grow up together, but they have grown together in other ways. As three surgeons at what seems to be the unluckiest hospital in the world, they've seen one another through traumas and dramas both big and small. They've also shared a home at times, which occasionally borders on codependency but mostly just ensures that they have a built-in support system when disaster invariably strikes their personal and professional lives. (Photo via ABC/Derek Johnson)

Mariana and Callie Adams-Foster, Good Trouble: We've loved seeing the evolution of Mariana and Callie's sisterly bond from The Fosters to Good Trouble. They're older now, with careers and interests and priorities of their own, but in some ways they're closer than they've ever been — and not just because they share a room in a communal living space in LA. (Photo via Freeform/Richard Cartwright)

Stephanie and DJ Tanner, Fuller House: A lot of us came of age with Stephanie and DJ in the '90s, so watching them now on Netflix's Full House reboot feels a little like catching up with old friends. They've come a long way since we first met them as kids, but one thing that hasn't changed is their unconditional love for each other. Well, that and their penchant for hijinks. (Photo via Michael Yarish/Netflix)

Emery, Evan, and Eddie Huang, Fresh Off the Boat: Emery, Evan, and Eddie have very distinct personalities, but they're linked through their shared experience as the children of immigrants. There's an innate camaraderie among them, and they genuinely want the best for each other — even if they don't necessarily agree on what that means. (Photo via ABC/Richard Cartwright)

Mel Vera, Macy Vaughn, and Maggie Vera, Charmed: As a trio, known to others as the Charmed Ones, Mel, Macy, and Maggie are the most powerful witches in the fight against supernatural evil. Their bond is literally magical. (Photo via Robert Falconer/The CW)

Jack, Andre, Diane, and Zoey Johnson, Black-ish: The Johnsons' eldest daughter, Zoey, has her own spinoff, the Freeform series Grown-ish, but she still checks in with her younger siblings every now and then. And when the four of them are together, you never know what's going to happen. (Case in point: the image above.) We especially love the twin bond between Jack and Diane, which makes for both heartwarming and hilarious moments. (Photo via ABC/Richard Cartwright)