The 8 Best Hair Trends from the Golden Globes 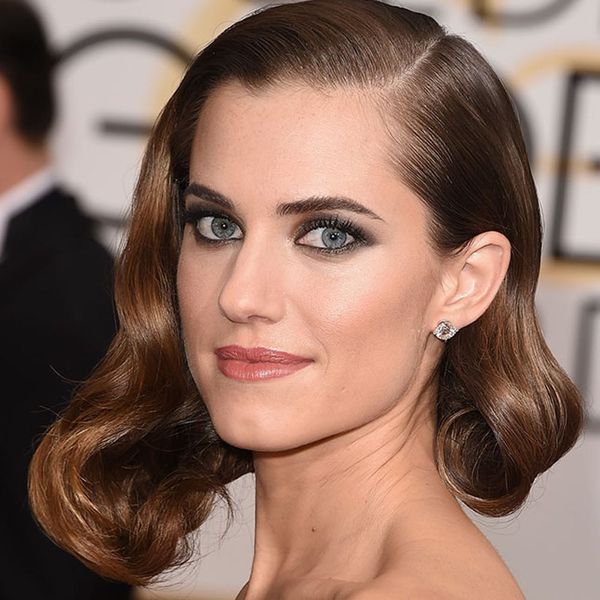 Celebrities on tonight’s Golden Globes red carpet showed that there’s no longer such a thing as “award show hair.” Hollywood’s biggest names passed up the expected intricate updos and bouncing glamour curls for much trendier looks — ones you probably already have on your Pinboards, but now have a whole new reason to try. From blunt chops to daring new color to the latest styling tricks, see the eight best hairstyle trends from the Globes — and who wore them best.

Lobs are so 2014. On this red carpet, the chops went chin-length and were styled with a nod to the roaring ’20s.

It’s not quite blonde, it’s not quite brown… and it’s definitely not your typical shade of red. These unusual hair colors have kept us guessing and talking.

Zoisa Mamet: To say that we’re obsessed with Zoisa’s sandy-gray tresses would be an understatement. (Photo via Jason Merritt/Getty)

Michelle Monaghan: Who else is running to the salon for piece-y, ’90s-style highlights? (Photo via Frazer Harrison/Getty)

Brunettes had a moment on the carpet, with the best in class sporting a rich nutty brown hue with delicate undertones that radiate a glowing warmth.

Dakota Johnson: There’s just the slightest trace of auburn in Dakota’s chocolate brown mane that is its darkest at the roots and turns a radiant cinnamon at the tips. (Photo via Frazer Harrison/Getty)

We’ve all taken a rattail comb to our tresses and parted our hair a liiitttle more off to the side than normal. But the hard-angled part we saw at the Globes took the dramatic look to a whole new level of cool. All we have to say is, challenge = accepted.

Diane Kruger: Bombshell curls get a sleek makeover thanks to the high-drama side part. (Photo via Jason Merritt/Getty)

Giuliana Rancic: Giuliana’s strawberry locks zig across her forehead in a way that plays up her messy waves. (Photo via Frazer Harrison/Getty)

Minimal updos outdid any traditional up-to-there pulled back styles with their sleek styling and of-the-moment feel.

Lorde: Who’s that girl with the majorly minimal, extra-long pony? Lorde, surprisingly, who’s ditched her signature curls for a look that feels more grown-up but still has an edge thanks to that wrapped black fabric. (Photo via Frazer Harrison/Getty)

Allison Williams: The most impressive hairstyle of the night saw Allison’s long locks expertly curled into an asymmetrical faux bob that impressed as much as her heavily embellished dress. (Photo via Jason Merritt/Getty)

From a delicate peep to a not-trying-to-hide-it contrast, darker roots had their time in the spotlight on this year’s red carpet — and the nod to natural hues looked gorgeous.

Kate Hudson: Kate proves that babylights are not a passing trend. We love that the starlet matched her brows to her darker roots to create a more natural-feeling look. (Photo via Jason Merritt/Getty)

Bumped-up-to-there hair finally feels modern with sleeker twists on classic styles like the beehive and bouffant.

Lupita Nyong’o: Of course Lupita fused her natural curls with a frozen-in-time beehive to create a modern, not-so-manicured hairstyle as memorable as her gown. (Photo via Jason Merritt/Getty)

Jennifer Lopez: J.Lo bumps up her hair just so to create a bouffont that feels fresh with the falling curls of her ombre locks. (Photo via Jason Merritt/Getty)

What hairstyles were your favorite from the night? Tell us in the comments below.