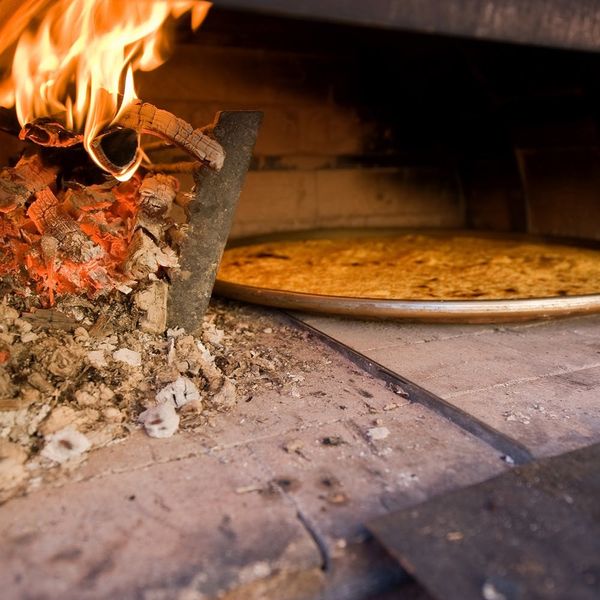 As a frequent traveler and total foodie, I’m always scoping out what locals eat in each part of the world I visit. I love to talk to them about what they eat, both in everyday life and on special occasions. And I don’t waste any time — usually the taxi driver who takes me from the airport to my hotel tells me what to try and where the best versions are located. Not only do I eat these dishes while I’m on vacation, but I learn how to make them so I can recreate them when I’m back in New York. Some of the dishes I’ve tried are so memorable that I just had to share them with you. So if you want to take a little trip around the world right from the comfort of your couch, scroll on for five delicious dishes to try first.

1. Farinata (Italy):Farinata is one of the simplest and most traditional Milanese dishes from the Liguria region in Northwestern Italy. It’s considered peasant food because it’s made with simple and inexpensive yet nutritious and filling ingredients. Farinata has ancient origins: Greek and Roman soldiers used to prepare a sloppy mixture of chickpea flour and water, cooked in the hot sun on their metal shields, in order to fill up quickly and cheaply. Today, it’s cooked in an extremely high-heat pizza oven and then cut into large triangular slices. Usually this specialty is served as a snack, with tea, or to round out a meal. I found this dish so tasty that I put a local’s family recipe in my cookbook Palate Passport!

2. Otak Otak (Malaysia):Otak Otak is a popular fish custard that’s flavored with exotic spices and herbs balanced by the sweetness of coconut milk, wrapped in banana leaves and steamed. I know — fish custard doesn’t sound all that great, but trust me; it’s delicious. Originating from the Nyonya region of Malaysia, this dish is eaten at all hours and usually served freshly hot. I had Otak Otak from a small vendor in a mall in Singapore as a snack. The vendor informed me of its popularity and while I was eating mine on a nearby bench, I saw at least 10 people stopping to purchase just one — or up to 10 — of these little pouches of protein.

3. Dabeli (India): A very popular and very vegan street food from the state of Gujarat in India, dabeli is similar to what we know as a slider, but this version has spicy, crunchy tartness in each bite. While the patty is made by mashing potatoes with spices such as cinnamon, clove, chili, grated coconut, pomegranate, and the like, the magic of dabeli isn’t in the patty — it’s in the toppings. The potato mixture or patty is placed on a tiny bun, or pav, and then the toppings begin. A red-colored sauce that’s high in garlic is liberally sprinkled, along with peanuts, chopped onions, cilantro, tiny crunchies called sev, more pomegranate, and chopped peppers. Place the second bun on top, and bam, you have an Indian vegan slider that is the mother of all sliders.

4. Black Cake (Jamaica): In Jamaica, not only is it a tradition to have a black cake at a wedding, but when guests discuss how good the wedding was, they mostly base their decision on how delicious the black cake was. Black cake is actually a dried fruit rum cake that, if made well, has copious amounts of rum soaked through since the dried fruit is left in rum for months prior to baking. This cake is a hot topic of conversation during nuptials in Jamaica and fights have broken out over who gets to bake the black cake for a wedding.

5. Tostilocos (Mexico):Tostilocos is a popular Mexican street snack made with individual bags of tortilla chips filled with fried pork rinds (cueritos), cucumber, lime juice, jicama, Valentina sauce, chamoya, grated carrots, chili powder, soy-sauce-flavored Japanese peanuts, and salt. Of course, there are variations everywhere you go, like the addition of radishes and onions, but what never changes from vendor to vendor is the Valentina hot sauce and the sweet chamoya sauce. Originally, this snack was created in an effort to make sure children ate some vegetables along with their tortilla chip snacks, and the invention caught on like wildfire among both children and adults.

So this year, break out of your food routine (or rut) and try something fresh. Hit up Google to see where you can get some of these dishes locally or find recipes to cook them yourself. Trust me: You won’t be disappointed.