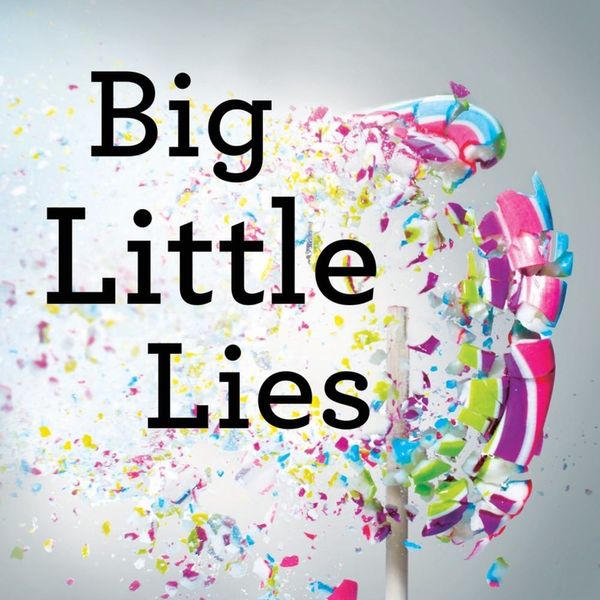 After an extremely boring summer of entertainment — this summer’s domestic movie ticket sales were the worst in nearly a decade — we couldn’t be more excited for fall television premieres. But if waiting for your fave show to return is driving you loco, you may be happy to know that a ton of today’s hottest television series are actually adaptations of bestselling novels! Here are 11 small-screen adaptations and their original inspirations available to stream and read right now.

This amazing new series set in a dystopian near future where fertile women are forced into sexual servitude is inspired by the 1986 novel by legendary Canadian author Margaret Atwood. The Emmy-winning television series stars Elisabeth Moss (who also won her own Emmy for Outstanding Actress in a Drama Series), Samira Wiley, and Joseph Fiennes, and the entire first season is available to stream on Hulu. (Photo via Hulu)

This popular Netflix original series was the center of much controversy this summer. The series is based on Jay Asher’s fictional story of the late Hannah Baker, her friend Clay Jensen, and the shocking cassette tapes Hannah left behind after she committed suicide. Starring Dylan Minnette and Katherine Langford, the entire first season is available for you to stream on Netflix RN. (Photo via Netflix)

This television miniseries by HBO was on FIRE at this year’s Emmy Awards. Although the series has just seven episodes, BLL‘s all-star female cast — including Nicole Kidman (who picked up an Emmy for Outstanding Actress in a Limited Series or TV Movie), Laura Dern, Reese Witherspoon, and Shailene Woodley — definitely lives up to the amazing characters portrayed in Liane Moriarty’s thrilling novel of the same name. Read the book that inspired it all, and tune in to HBO Go for the full miniseries. (Photo via HBO)

This hit comedy series about the life of a Chinese-American immigrant family has been crushing ratings on ABC for three seasons. But the script writers didn’t come up with this awesome series out of thin air — it is actually based off of Eddie Huang’s own memoir about growing up as an immigrant in the US. Make sure to set your DVR to record the new fourth season on ABC October 3, and catch up on past seasons at ABC.com. (Photo via ABC)

When we first heard that Netflix was planning to shoot an original series based off of our favorite throwback series, with Neil Patrick Harris playing Count Olaf, our teenage hearts were beyond thrilled. While the premiere season (available on Netflix) focuses on the plot from the first four books of the series, the upcoming second season is set to tackle books five through nine. Time to start re-reading, folks! (Photo via Netflix)

In this epic adventure told by author Neil Gaiman, grieving ex-convict Shadow Moon meets a con man calling himself Mr. Wednesday who offers him a job as a bodyguard. Roaming a magical world with gods aplenty, Gaiman’s novel is masterfully adapted for the small screen and available to stream via STARZ on Amazon. (Photo via Amazon Prime Video)

Television critics are raving about Mindhunter, a new American drama set to debut on Netflix on October 13. Based on the book by John Douglas and Mark Olshaker, the series is set in 1979 and revolves around two FBI agents who interview serial killers in prison in order to better understand how criminals think and solve their current cases. Consider us intrigued! (Photo via Netflix)

We may be cheating a little, since this is technically a TV movie, but we’ll gladly bend our own rules for this amazing book-to-small-screen masterpiece. Detailing the history of Henrietta Lacks, an African-American woman whose cells were used without her knowledge or consent to create the first immortal human cell line in the 1950s, and her incredibly strong family, Skloot’s book is one we highly recommend bingeing before streaming the TV movie starring Oprah Winfrey and Rose Byrne on HBO Go. (Photo via HBO)

Most of us have spent an entire weekend or two with the ladies of Litchfield Penitentiary, but did you know this uber-popular series was actually based off of the real-life experiences of author Piper Kerman? As we anxiously await the sixth season — set to come out on Netflix in mid-2018 — we suggest reading Piper’s story in her own words to pass the time. (Photo via Netflix)

If you’re a fan of this popular apocalyptic show, you probably know that the series is actually based on a comic by Robert Kirkman. With season eight premiering on AMC on October 22, we’re treating ourselves to a few volumes of the OG comic for all the spoilers and plot extras we could ever want, in between rewatching the first seven seasons on Netflix. (Photo via AMC)

With the exciting seventh season of GoT now finished, we’re already counting down the days until we can experience season eight. Unfortunately, we’re going to have to wait at least a year for the show to resume, so we’re planning on using the time to catch up on George R. R. Martin’s A Song of Ice and Fire, the original novel series that inspired it. Rumor has it that the eighth season will be based on the final two, presently unpublished novels in GRRM’s epic series: The Winds of Winter (read an except here) and A Dream of Spring. Set your Google alerts now! (Photo via HBO)
Ashley Macey
Ashley Macey is a lifestyle freelance writer who loves all things fitness, wellness, and creativity. When she's not exploring her home in the Pacific Northwest with her dog Max, you'll probably find her curled up with a good book and some hot tea. Follow her daily jaunts on Twitter.
Books
Creativity
Books TV