The Original ‘Beverly Hills, 90210’ Cast Is Reuniting for a New Show — But There’s a Catch 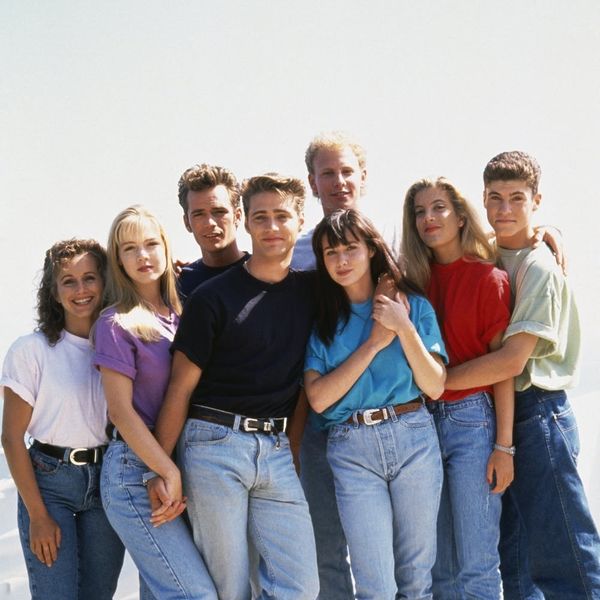 “Guess who’s coming home.” That’s the question posed by Fox in a sun-drenched 10-second teaser posted on YouTube on Wednesday, February 27, to announce that the original cast of Beverly Hills, 90210 is returning with a new show.

The teaser doesn’t provide many details, but a press release from the network fills in some of the blanks. Jason Priestley (Brandon Walsh), Jennie Garth (Kelly Taylor), Ian Ziering (Steve Sanders), Gabrielle Carteris (Andrea Zuckerman), Brian Austin Green (David Silver), and Tori Spelling (Donna Martin) will be reuniting for what Fox is calling a “six-episode event series,” set to air this summer, nearly two decades after the end of the original show.

Notably, Shannen Doherty and Luke Perry — who played Brenda Walsh and Dylan McKay, respectively — aren’t mentioned in the press release. But according to Entertainment Weekly, the show’s lineup hasn’t been finalized, which means they could still pop up in the reboot.

If they do, though, it won’t be as their original characters. The new series, titled simply 90210, isn’t so much a revival as it is a show about a revival. Fox describes it as “a brand-new serialized drama — with a healthy dose of irreverence — that is inspired by [the] real lives and relationships” of the cast members, who are playing “heightened versions” of themselves.

“Jason, Jennie, Ian, Gabrielle, Brian, and Tori reunite when one of them suggests it’s time to get a Beverly Hills, 90210 reboot up and running,” the official description reads. “But getting it going may make for an even more delicious soap than the reboot itself. What will happen when first loves, old romances, friends and frenemies come back together, as this iconic cast — whom the whole world watched grow up together — attempts to continue from where they left off?”

Beverly Hills, 90210 originally aired for 10 seasons from 1990 to 2000. The show also sparked two spinoffs, Melrose Place and Models Inc., and was rebooted by The CW in 2008 as 90210, which aired for five seasons and featured guest appearances by Garth, Spelling, and Doherty.