Beyoncé’s Latest Selfies Will Make You Want an Apple Watch 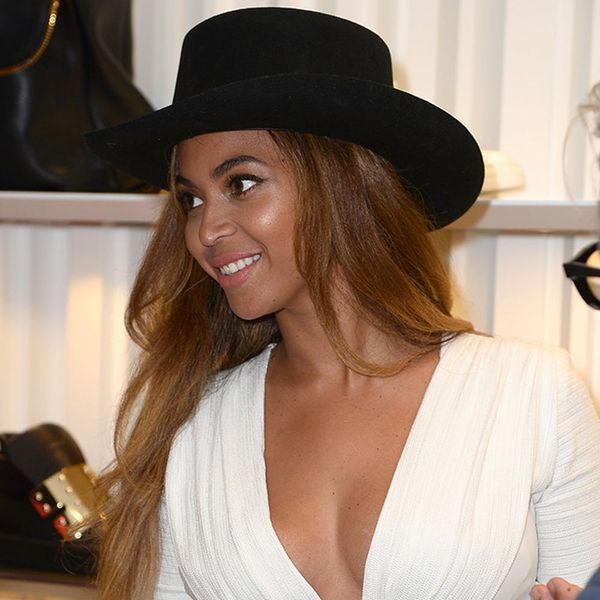 As we count down to Friday when everyone can get their hands on an Apple Watch — well, the pre-order pros at least — we’re torturing ourselves/keeping busy by eyeing all the lucky celebs that have been gifted the shiny new arm candy. The latest (and greatest) to flash the smartwatch around their wrist is none other than Queen Bey and wow, does she make it look ***flawless.

After taking one glance at Beyoncé’s Apple Watch shot — decked out for Coachella — she puts the Pharrell, Katy Perry and Drake wrist shots to shame. Sorry guys + gal. While those three were rocking the more casual Apple Watch Sport, it appears Bey is accessorizing her look with a special version of the Apple Watch Edition, because a $10K+ piece of arm candy isn’t good enough for the Queen. It is being speculated the all gold everything watch + band combo is worth more than the currently highest priced watch, coming in at $17K. Well, that’s one way to bring down the Rolex, Apple.

Not only has the diva shared the exclusive version of this year’s hottest tech bling, but there’s also another one out in the wild and it’s for Karl Lagerfeld. That is some VIP watch company. While this isn’t his wrist you’re viewing, one of his team members posted the above photo, with the caption, “1st Apple Watch specially made for Karl!” Hmm, guess it’s not that exclusive if Blue Ivy’s mama has the same one dangling from her arm too ;)

Not to be outdone, Anna Wintour has also been spotted wearing Apple’s newest product, only with a touch of gold though. Anna may not have the shiny accessory Beyoncé + Karl are showing off, but we’re sure if she rings up Tim Cook, she’ll get what she wants. Seriously, how good would the golden statement piece look in the front row of every fashion show in the fall? We know Bey will be wearing hers.

Which famous arm do you want to see the Apple Watch strapped around? Let us know in the comments.