Beyoncé Just Stepped Out in Her Glammest Maternity Look Yet 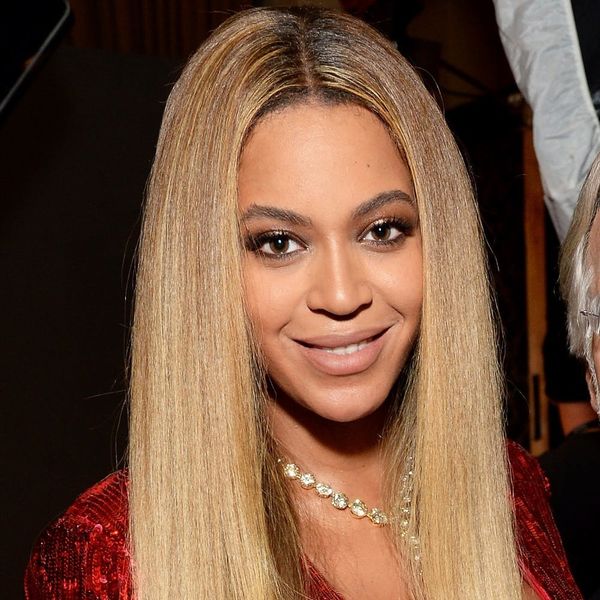 Beyoncé’s Instagram has always been an ode to style, but in the months since announcing her pregnancy, she’s taken things next level. The Lemonade Queen has shown off her bump in a dusty pink trench, a velvet mini dress, and a mommy-and-me green frock she matched to Blue Ivy’s, and her latest maternity look just may be her most glam yet.

The 35-year-old hit the town for a private dinner at Beauty & Essex in a look that had us flashing back to Julia Roberts in Pretty Woman with its glamorous, bold red hue. The “Halo” singer made a now-rare appearance in honor of Roc Nation’s SVP Lenny Santiago (AKA Jay-Z’s BFF)’s birthday at a fête that also included former Destiny’s Child (who she recently reunited with) bandmate Kelly Rowland.

But don’t expect to see the expectant mom out and about too much before the little ones arrive. As a source for People noted, “She doesn’t venture out very much, but seems happy going to an occasional lunch or taking [Blue Ivy] to school.”

She also loaded up on the killer accessories, which included a Saint Laurent Opium 2 Tassel Velour Crossbody (1,245) and a pair of giant garnet or ruby drop earrings. The soon-to-be mommy of three topped it all off with a sleek cat eye, braids, and a red lippie for added va va voom.

She also shared this photo of herself placing an order, which has since become — like so many things Queen Bey touches — a viral internet meme.

What do you think of Bey’s glam look? Share @BritandCo.

Nicole Briese
Nicole is the weekend editor for Brit + Co who loves bringing you all the latest buzz. When she's not busy typing away into the wee hours, you can usually find her canoodling with her fur babies, rooting around in a bookstore, or rocking out at a concert of some sort (Guns N' Roses forever!). Check out all her latest musings and past work at nicolebjean.com.
Beyonce
Celeb Style
Beyonce maternity
More From Celeb Style