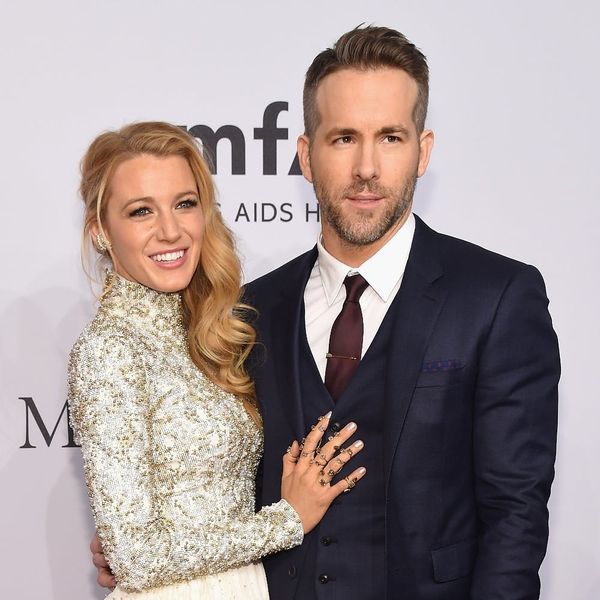 Blake Lively and Ryan Reynolds have been having quite the family lovefest this week! On Thursday, they made their first public appearance with both of their little babes when Ryan was honored with a star on The Hollywood Walk of Fame. And because that wasn’t cute enough to melt all of our hearts, the happy couple followed that unforgettable family moment with a trip to The Happiest Place on Earth.

Celebrating little James’s birthday, Blake and Ryan took their now two-year-old daughter and her new younger sis (whose name we have yet to learn, although Ryan diddrop some hints about it while chatting with eTalk’s Ben Mulroney recently) on a fun-filled outing to the Disneyland Resort in Anaheim, California. Best parents ever?

Upon arrival, the couple was all smiles as they posed for photos with the man himself, Mickey Mouse (who was dressed up like Santa — talk about happiness overload!), in front of Sleeping Beauty’s Winter Castle. Ryan looked as hunky as ever in his glasses and leather jacket, while Blake kept things relaxed in a cute blazer and jeans.

Unfortunately, their girls didn’t pose for public photos with Mickey (*tears*), but hey, we’ll take what we can get!

What’s the coolest way you’ve celebrated with your kids? Tweet us @BritandCo.