Our 15 Favorite Digital and Analog Games to Beat Holiday Boredom 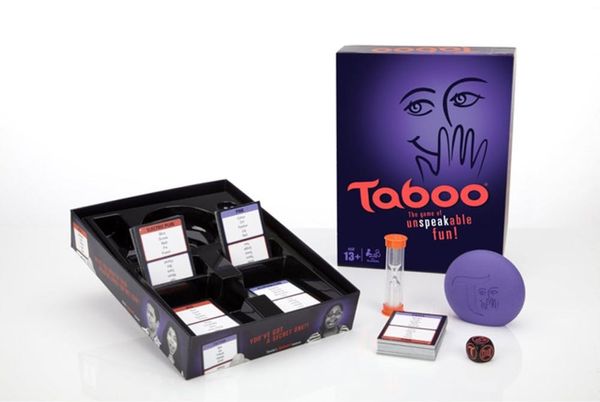 When I think of holiday gatherings, board and group games still come to mind as a way to break the awkward silence when you’re finished with small talk about work, school or the weather, and need something to do.

1. Mad Libs: A word game where one person asks others in the group for a list of words before reading the story out loud. It’s often nonsensical and hilarious. If you can’t get your hands on a paper pad of these, there are both regular and adult versions available in the App Store.

2. Apples to Apples: Card game where a player draws an adjective card and the other players match with noun cards what that they think best fits the description (or what the person drawing the card would like best).

3. Cards Against Humanity: Described as a party game for horrible people, it’s basically an unrated, uncensored version of Apples to Apples. It can often be hilarious, but is not for anyone easily offended.

4. Cranium: Players are divided into teams to face off in a variety of challenges including trivia, drawing, spelling and molding clay. Two Microsoft co-workers actually left their day jobs to go make this.

5. Taboo: A word guessing game where a player tries to get their team to guess a word or phrase by providing clues. The catch is they cannot say any of the prohibited “taboo” words on the card. Unspeakable is it’s closest digital kin.

6. Pictionary: A guessing word game played in teams to identify a word from their teammates’ drawings. All you really need for this one in a large easel. Photo via Wikimedia Commons.

7. Celebrity: A party game where teams compete to guess as many celebrity names as possible before time runs out. Full rules are here and VH1 even came out with a free app for it.

8. Catch Phrase: Another word guessing game where the player tries to get their team to say the word on the disc/app by describing it with a few limitations. Once they do, they pass it to the other team. The team not holding the disc when time runs out wins. A similar game is also available as an app.

9. Scrabble: I don’t think I need to explain this one too thoroughly, but it’s that game where players strategically place tiles to spell words. It’s available as an app or as Words With Friends which became popular before the official version was launched. Image via Scrabble Skills.

10. Trivial Pursuit: A board game where a player’s progress is determined by their ability to answer trivia questions (and a little luck). There are many versions from general knowledge to pop culture. Image via About.com.

11. Scattergories: A 2 to 6 person game where players score points by naming objects within a category for the letter of the alphabet drawn.

13. Who Am I?: Simple, inexpensive game where cards with names or objects written on them are placed on a player’s forehead. They are allowed to ask up to 20 yes or no questions to help guess what’s written on their card.

14. Two Truths, One Lie: Each player writes down or tells three things about themselves, one of them false. It’s another player’s job to guess which one is the lie. A great way to get to know more about others!

15. Charades: Word guessing game where one player acts out a word or phrase for their team to guess. I’d play charades with Scarlett Johansson anytime she wanted. (image via Just Jared)

What do you think? Did I miss any of your favorites or essentials? Leave them in the comments below.

Kiran Umapathy
Kiran Umapathy is a 20-something professional dreamer. When he's not making awesome at Holiday Matinee, you can find him getting lost on photo adventures or listening to vinyl.
Games
Home
Games
More From Home

7 Steps to Totally Organize Your Fridge This Summer