Boosting This TV Trend Could Save People’s Lives 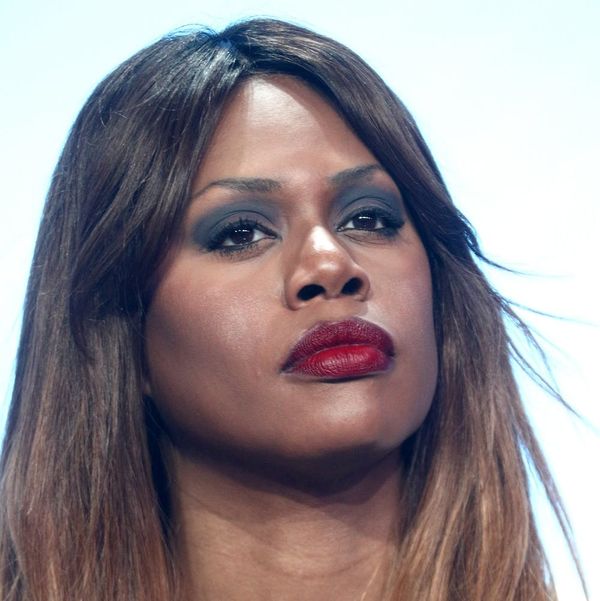 This past week, the Television Critics Association hosted their bi-annual tour — an LA-based, weeklong event that pairs critics from around the country with panels discussing everything from the upcoming fall TV lineups to trends in television. This year, the TCA included two panels on representation in the LGBTQ+ community, both of which were hosted by GLAAD. The message from both panels was clear: TV representation of sexual diversity can save lives.

Just got final confirmation of our panelists for tomorrow's @glaad panels at #TCA17 and I'm giddy over how top notch they are. pic.twitter.com/9W3qUljiGH

First, the good news. According to GLAAD, as of the 2016-2017 TV production cycle, there were 278 regular and recurring LGBTQ+ characters on TV. 71 of those are on broadcast television; cable nearly doubles that number with 142, and streaming platforms have 65. Unfortunately, the vast majority of these queer characters are white gay men.

More troubling, however, is that standard queer representation hasn’t changed. For the most part, GLAAD reports that the old TV trope dubbed “bury your gays” (where gay characters are routinely killed off), is still going strong, with 62 gay and bi women characters being killed on TV over the last two years.

Executive Producer of SyFy’s Wynona Earp, Emily Andras, said of this trend during her panel, “A lot of kids are seeing themselves getting killed… that can do damage.”

During the panel on transgender representation, damaging tropes were the topic du jour. GLAAD’s Director of Transgender Media & Representation told his panel, “88 percent of [depictions of trans characters on TV] were either straight-up defamatory or barely passable as mediocre.” He went on to explain that they were also portrayed as psychopaths, murderers, and victims, “a dead body laying on the ground,” he said.

Rhys Ernst, one of the directors of Amazon’s hit show Transparent, took time during the trans representation panel to talk about how damaging these tropes can be to a young person coming to terms with their gender expression. He remembered seeing the “sad and pitying” depiction of the first trans person he encountered on television, which made him want to hide his own gender identity. This negative portrayal was part of the reason he opted to stay in the closet for longer than he might have otherwise, choosing to live in the wrong gender rather than be treated as a “freak.”

Master of None‘s Lena Waithe spoke about why it was important for her, in writing the second season’s fan favorite episode, “Thanksgiving,” to help queer Black folk feel more visible on TV, calling the episode, “so Black and so gay.”

With hashtags like #FirstTimeISawMe and #RepresentationMatters making major waves online, it’s clear that we need to do more to ensure that all people are equally represented on TV and in the movies. With episodes like Waithe’s “Thanksgiving” (which garnered her the first ever Emmy comedy nomination for a Black woman writer) becoming beloved by people of all sexual preferences, genders, and races, Waithe sees hope that the future will be better for representing everyone.

“That’s when I know I’m doing my job [as a writer] — when anybody can relate,” she said. “It speaks to where we are. We are making progress, but we still have a lot of work to do.”

What do you think about LGBTQ+ representation on TV? Tell us @BritandCo!

Kat Armstrong
Kat has been a writer, social media maven and mom for longer than she's willing to admit. She's also spent time in front of and behind the camera, interviewing celebs, politicians and acting as a producer for fashion and artistic photography shoots. When she isn't writing for various orgs and publications, she's hanging with her kids, husband and French Bulldog, Peter, in Toronto, Canada.
LGBTQ
Gender Issues
LGBTQ
More From Gender Issues