Meet the Fashion Designer Making Lady Gaga’s Looks for YOU 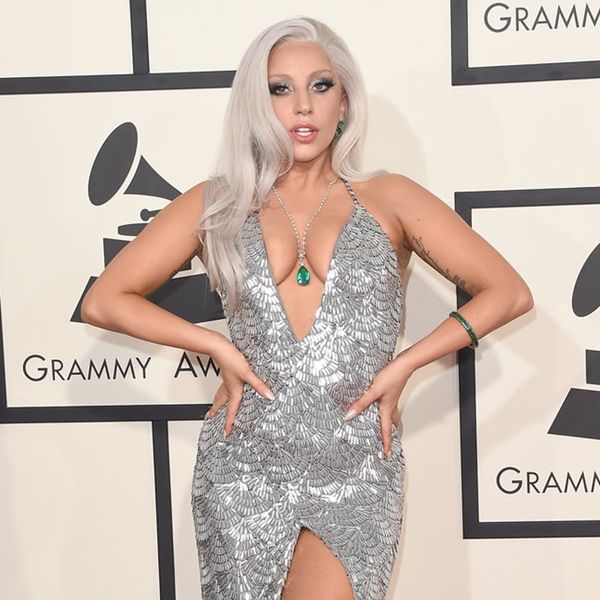 Lady Gaga’s always been about pushing boundaries and buttons, particularly in the realm of fashion. Lately, she’s been toying with an old-school Hollywood glam aesthetic. We could chalk it up to her Tony Bennett project, her upcoming nuptials or her undying sense of restlessness and need to express herself creatively, but we should also give credit where it’s due — namely, Gaga’s stylist, Brandon Maxwell. Now the Austin, Texas native largely responsible for his client’s glamour-puss poses of late is launching his own line at New York Fashion Week this fall.

Named one of the year’s 25 most powerful stylists by The Hollywood Reporter and called a power stylist by Vulture, Maxwell has built a reputation for creating theatrical outfits with a touch of old-school elegance. He took over the role of Gaga’s stylist after assisting his predecessor, Nicola Formichetti, until she left in 2013. Encouraged personally by Gaga, he began creating ensembles for her from scratch, including the blue velvet dress she wore the day her album with Tony Bennett came out and the mermaid-inspired gown she wore to the 2015 Grammy awards show.

What can we expect from Maxwell’s forthcoming line? His statement says it all: “I’m so excited to be fulfilling a lifelong dream of design, making clothes inspired by all of the powerful women in my life — from the classic to the avant-garde.” We’ll likely see lots of sleek, elegant, figure-hugging numbers that yesteryear’s sirens of the silver screen might have gone gaga over in their heyday, and that we can enjoy today, too.

Which of Gaga’s recent ensembles is your favorite? Spill in the comments section below!

Amy Lynch
Amy is a freelance writer and editor, telling the stories of progressive people and projects that move the world forward. Her work has appeared on The Hairpin, Refinery29, Citygram and more, and she's developed content for the likes of Alternative Apparel, Milkshake and Silvercar. She lives, works and plays with her fiancé and their dog, Bogey, in the weird, wild heart of Austin, Texas.
Celebrity Style
Celebrity News
Celebrity Style New York Fashion Week