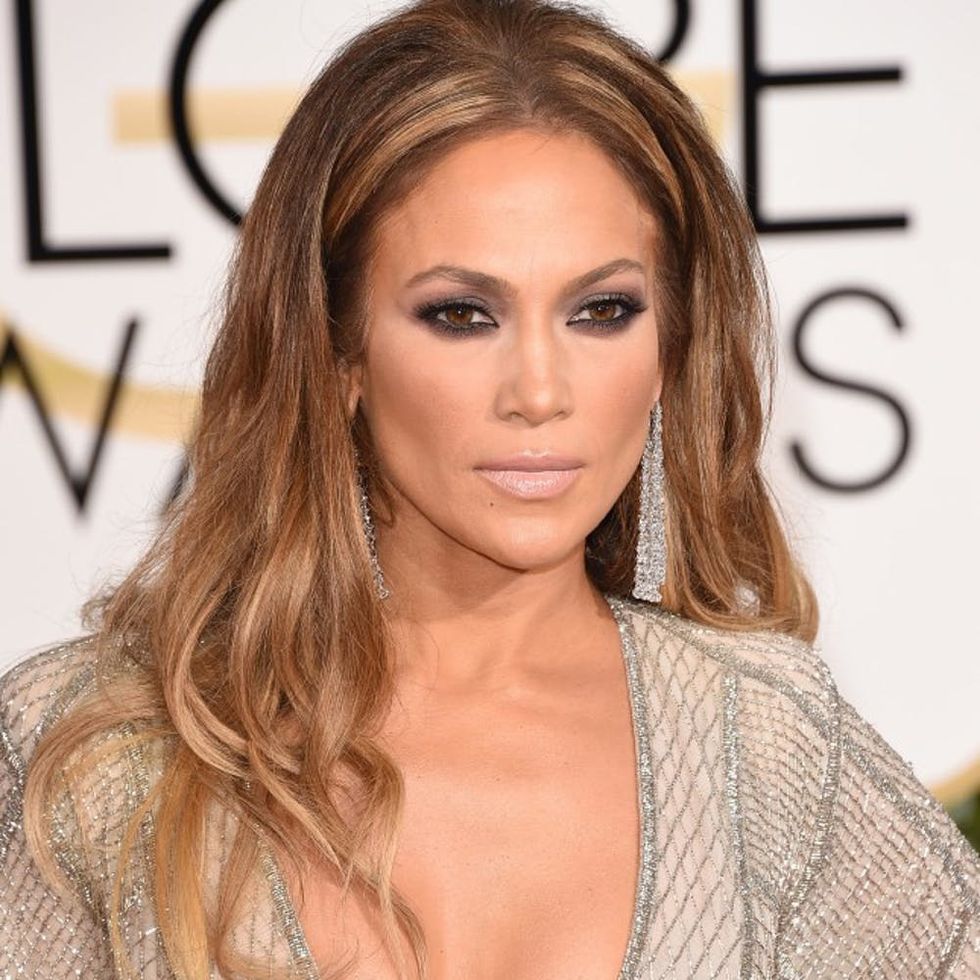 Our fave celebs are bringing the ’90s back this award season with a classic brown makeup palette. Stars like Emily Blunt and Felicity Jones are sporting coppery shadows for a natural, dewy look, while Kerry Washington and Dascha Polanco are using brown-based hues on their lips. These shades are classic and complement the bright, bold colors we’re seeing on their gowns. We’re counting down the days until the Academy Awards and predicting even more natural beauty looks on the red carpet.

1. Emily Blunt: Emily kept a neutral palette with a brown smokey eye and peach-hued lip while adding a bright pop of color with her turquoise earrings at the Golden Globes. (Photo via Jason Merritt/Getty)

2. Jennifer Lopez: JLo brought back her classic Jenny-from-the-block look to the Golden Globes with a brown smokey eye, ultra-nude lip and a plunging neckline. (Photo via Jason Merritt/Getty)

3. Kerry Washington: Our fave star’s look was favorited at last year’s Academy Awards. She balanced out her lavender gown with naturally beautiful makeup and hair, accented by a brown-red lip color. (Photo via Jason Merritt/Getty)

4. Sarah Hyland: The Modern Family actress let her jeweled dress do the talking at this year’s SAG awards. Sarah paired her gown with a classic Hollywood updo and shimmering brown shadow. (Photo via Ethan Miller/Getty)

8. Felicity Jones: Felicity’s emerald peepers popped with a coppery-brown shadow. She looked effortless at the BAFTAs with a swept middle part and natural pink lip. (Photo via Ian Gavin/Getty)

10. Katherine McPhee: We love her slicked back hair. This look is one of our faves so far, and she perfectly complements her makeup and hair with brown liner and shimmering shadow, creating a Grammy-worthy look. (Photo via Jason Merritt/Getty)

Would you rock brown shadow again? What are your favorite ways to wear it? Let us know in the comments.

Amy Hirt
Amy is a Pittsburgh born, Los Angeles-based stylist with a passion for eye-catching items and a love of the great outdoors. She's your go-to gal for mixing up pieces in your wardrobe and finding the perfect look for that wedding, job interview or whatever life event comes your way.
90s
Makeup
90sKerry Washington