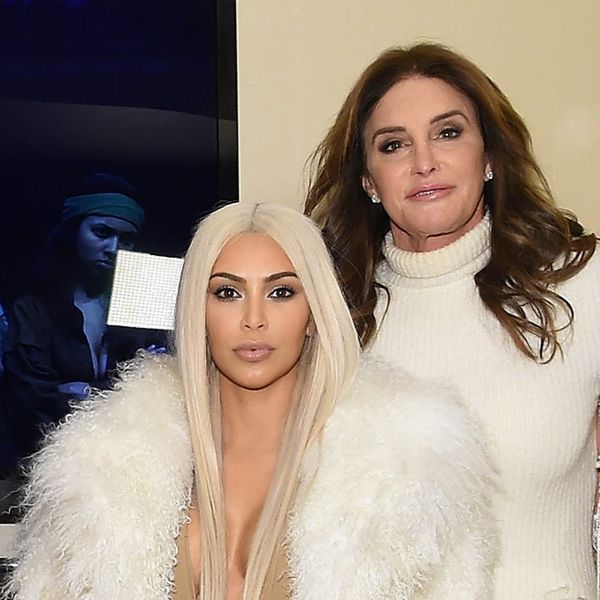 Caitlyn Jenner ‘s relationship with her family has been strained, to say the least, since releasing her memoir, The Secrets of My Life ($9) back in April. With the book not only detailing her lifelong struggle with gender identity and eventual gender confirmation surgery, but the inner workings of her relationship with the famed Kardashian clan, Jenner’s daughters have been plenty vocal about speaking out against her portrayal of the family. The former Olympian is now opening up about their relationship once more, saying that she hasn’t spoken to Kim Kardashian West, in particular, in more than a year.

“It’s been a little bit tough over the last couple of years on the Kardashian side,” the 68-year-old said at a talk at the Cambridge Union in the UK. “To be honest, I don’t talk to them anymore. Kim, I haven’t talked to in a year.”

The reality star also told the students in attendance that she considers herself blessed to have had the family come into her life, and has found their strained family ties exceedingly difficult. “They don’t want me in their lives; they bashed me pretty badly,” she continued. “It’s devastating when your kids do that. It really hurt.”

Happy Birthday Caitlyn! Are you 66 or is Caitlyn 1? lol That was the debate at our bday lunch yesterday! Have the best day ever filled with lots of love & laughs! You have shown me what it's truly like to live an authentic life without caring what the world would think! I love you!

Kardashian West, who was historically very supportive of her step-parent’s transition, has expressed her anger over the book on several occasions, calling Caitlyn a “liar” and, more recently, saying that she’s “not a good person.”

Still, the Olympic Gold medallist says that she hopes all is not lost with her family.

“I don’t know what the future holds. We will see,” she said. “My life revolves around my children.”

What do you think of the KarJenner infighting? Let us know @BritandCo.