PSA: The CDC’s Warning for Romaine Lettuce Has Just Been Upgraded 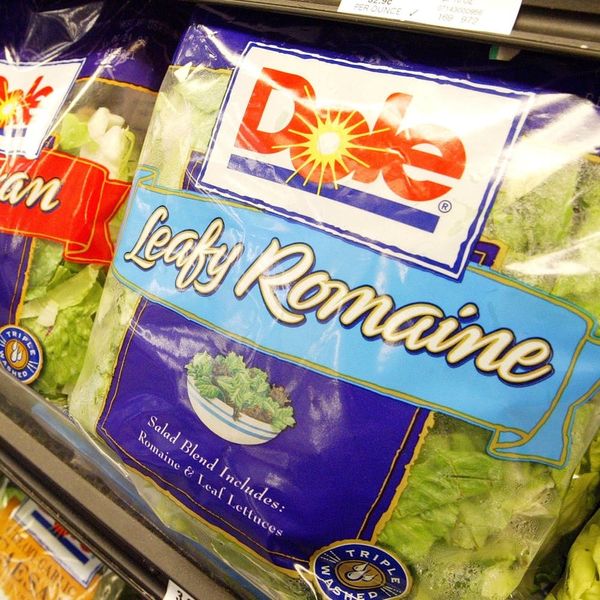 The Centers for Disease Control and Prevention (CDC) isn’t messing around when it comes to romaine. Back in January, the leafy green was linked to E. coli outbreaks across 13 states, at which point the organization recommended consumers avoid chopped romaine, salads, and salad mixes. Now, it has expanded its warning to include romaine lettuce in all its forms, as risk of E. coli contamination continue to mount.

The warning now also applies to whole heads and hearts, as any romaine lettuce grown in the Yuma, Arizona region may be contaminated with E. coli O157:H7. To date, 53 people across 16 states have reported infection, with 31 hospitalized.

While most strains of E. coli (a family of bacteria found in the environment, food, and intestines of people and animals) are harmless, some can wreak havoc on your health, with the most common symptoms being severe stomach cramps, vomiting, and diarrhea. Usually, symptoms develop three to four days after the germs are consumed with recovery happening in one week. E. coli O157:H7, however, can result in serious illness, including a form of kidney failure called hemolytic uremic syndrome (HUS), which five individuals have already developed.

While the CDC, the Food and Drug Administration, and public health officials in various states continue to investigate the cases and try to identify any specific grower, supplier, distributor, or brand that may be responsible, the CDC is encouraging individuals to not eat any romaine lettuce unless they can be absolutely certain it doesn’t come from Yuma.They also advise retailers and restaurants to not sell romaine lettuce for the time being.

Any leftover romaine you may already have in your fridge should be tossed, according to the center, even if you already ate some and didn’t get sick (Note: Washing it will not eliminate the bacteria). They advise sanitizing the refrigerator drawer or shelf it was kept in.

Outbreak Alert: Throw away ALL store-bought romaine lettuce, including whole heads and hearts, chopped, and salad mixes with romaine from Yuma, Arizona growing area. If you don’t know if it’s romaine or can’t confirm the source, don’t eat it. https://t.co/WTdyf3IWsY pic.twitter.com/hnNyOaeDDI

If you think you may be sick, speak to a healthcare professional immediately report your illness to the health department to help with their investigation.

Will you be avoiding romaine lettuce at all cost? Tweet us @BritandCo.