7 Celeb-Inspired Apps That Let You Live like a Star 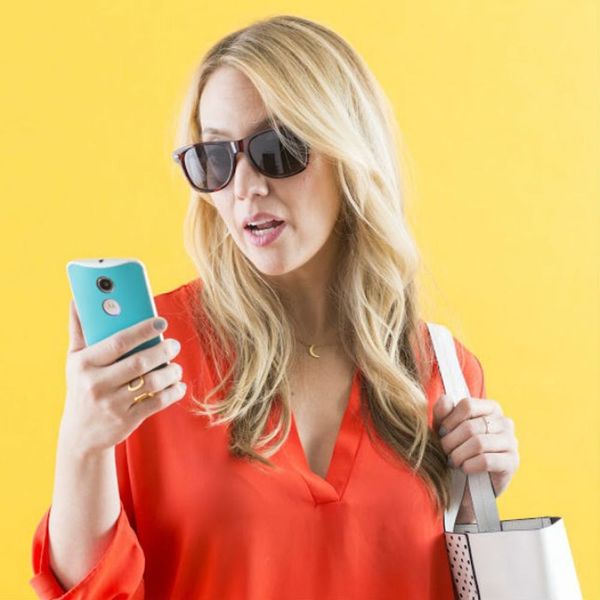 Celebs live glamorous lives, it’s true. Hobnobbing in the Hollywood Hills with a fleet of admirers, an entourage led by Ari Gold and the best hair and makeup artists at their beck and call — yup, it all sounds pretty great. If you’ve ever been curious about how the other half lives, fortunately you don’t need a seven-figure bank account or a 90210 zip code to find out. We’re starting our own techy entourage and inviting you to pull back the velvet Hollywood curtain with these six celebrity-inspired apps that will give you a peek into the lives of your favorite celebrities and live large at no cost.

1. Spend the day with Tay: If you’ve ever wanted to hang with T-Swizzle without having to fork over the cash for backstage passes, you’re in luck. American Express Unstaged: Taylor Swift Experience lets you in on all the drama, settings and characters in a Taylor Swift video through 360-degree footage. Your cinematic walk in Taylor’s shoes is even scored with a soundtrack based on “Blank Space.”

2. You’ve got old-school mail: This typewriter app was designed by Tom Hanks himself, and allows you to create your own old-school, snail mail typed letters. Hanx Writer mimics the experience of typing on a manual typewriter, but with the modern flair and speed of an iPhone. Skip impersonal texts, and return to the quaint charms of old-fashioned word processing. Maybe even win the heart of Meg Ryan!

3. Be a city slicker: Celebs seem to know the best and most happenin’ spots in New York, Los Angeles and London. Gwyneth Paltrow‘s City Guides app, an extension of Goop, offers insider resources on everything from hotspots to culture, hotels and boutiques to hole-in-the-wall restaurants. The app’s convenient bookshelf format allows you to access all of your favorite cities in a single app.

4. Bey you: Savvy fans of Queen Bey have revealed the secret behind the moving, musical selfies she’s been posting on Instagram. It’s Phhhoto, and it’s putting unanimated selfies to shame. With Phhhoto, you can shoot instant moving pictures using the app’s high-definition camera and bold filters. You can share your moving selfies from inside the app so your friends can stop “liking” your photos and start experiencing them.

DL It: Free on iOS and Coming Soon to Android

5. Grab a bite with Kim K West: If you want to wine and dine like an A-lister, look no further than the Wine ‘n Dine app — it’s like Instagram, but for food shots. And you’ll be in good company with celebrity tastemakers like Kim Kardashian West herself, who unleashes her inner foodie with the app. Plus, the “Wanna Try” and “Discover” features expand your culinary horizons even when you aren’t sure what to eat.

6. Fall head over hills for Kristin: If you’re a fan of The Hills’s Kristin Cavallari, you’ll like this next one. The fashion icon and mother is offering her official app to share and help her fans learn from this new chapter of her life. The app features her insights on everything from fashion, beauty and wellness to how to stay sane as a new parent.

7. Get up close and personal with the Kardashians: If there ever was an app that lets you live like a Hollywood superstar, Kim Kardashian’s Hollywood game is it. This moneymaking machine earned Kim a cool $43M last year, and hey, it’s just fun to pretend you’re a jet-setting, in-demand Kim K bestie.

Which celebrities do you look to for life inspiration? Let us know in the comments below!

Manasa Reddigari
Manasa is a freelance writer with a passion for the weird and wonderful technologies that are transforming life as we know it today.
Beyonce
Tech
Beyonce Gwyneth Paltrow Kardashians Taylor Swift
More From Tech