10 Celebrities Who Are Changing the World 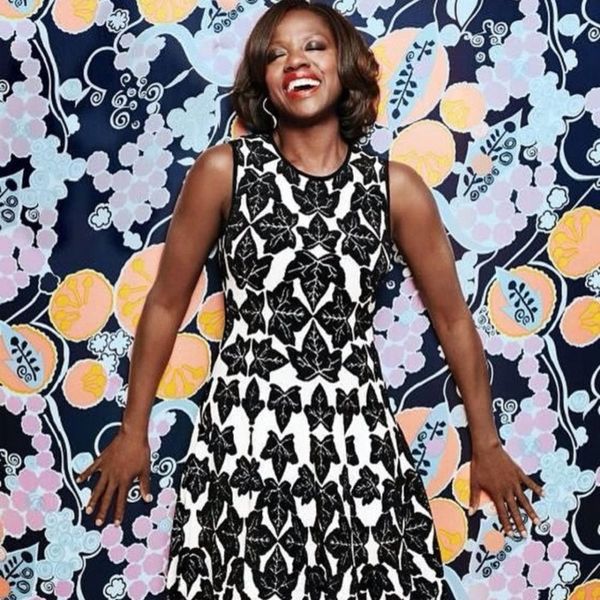 Gossip magazines and websites give us our celebrity fix on the daily. Who wore what better. Who broke up with who. Can you believe she grocery shops there!? You really get to know a celebrity inside and out, right? Wrong. There are celebrities out there that are taking their fame to new and great heights. Forget the paparazzi and the red carpet — we found 10 celebrities that are changing the world with everything from transgender awareness to teaching girls to code. Just when you think you really know someone…

1. Emma Watson: Harry Potter fans, Hermione has officially left Hogwarts. Emma is now speaking up for gender equality as a goodwill ambassador for UN Women, an organization dedicated to empowering all the ladies out there. She also represents HeForShe, a solidarity movement launched by UN Women. Girl power has never looked so good. (Photo via @emmawatson)

2. Bruce Jenner: Bruce was somewhat of a background character in Keeping Up With the Kardashians, but now he’s taking his transgender identity front and center for the world to hear. Showing that he is more than just a reality TV star or an Olympian, his Diane Sawyer interview has built huge awareness for transgender people and the transgender community as a whole. He has a lot of support and love from family, friends and strangers (including us). Go, Bruce! (Photo via @khloekardashian)

3. Jessica Alba: She has amazing abs — that’s a fact. But Jessica has also established The Honest Company. Started in 2011 with a focus on eco-friendly baby products, The Honest Company is changing the way parents shop for their little ones. But wait, there’s more: Jessica even wrote a book about living life as naturally as possible. We definitely like her style. (Photo via @jessicaalba)

4. John Legend: This Grammy Winner isn’t just about crooning sweet, sweet tunes — though we must admit, we’re a fan. He’s embarking on a multi-year campaign to end mass incarceration in the United States. His Free America campaign will have him traveling to correctional facilities across the country to perform and then visit with state legislators to discuss the criminal justice system. (Photo via @johnlegend)

5. Karlie Kloss: She dominates the runway and counts Taylor Swift as one of her BFFs, but did you know Karlie is all about helping girls code? Talk about beauty AND brains. She created the Kode With Karlie Scholarship, where 10 girls ages 13-18 win a two-week intensive course at Flatiron School Pre-College Academy. Over 600 girls applied for the 10 spots. Girl code, all the way. (Photo via @karliekloss)

6. Big Sean: This rapper/songwriter may seem all tough on the outside, but he has a heart of gold. Just take his Sean Anderson Foundation, for example. Its mission is to assist with the health, education, safety and well-being of Detroit youth (his hometown) along with communities across the country. And his current #ItTakesOne campaign is all about spreading random acts of kindness. We can definitely get down with that. (Photo via @bigsean)

7. Laverne Cox: We are obsessed (to put it mildly) with Orange is the New Black. But we’re even more impressed with Laverne Cox herself. She’s unofficially the face of the transgender community in Hollywood, speaking at functions across the country and landing magazine covers (ahem, Time), all for the sake of transgender rights. Oh, and did you know she’s the first openly transgender person to ever be nominated for an Emmy? Yup. #Winning (Photo via @lavernecox)

8. John Oliver: Can one political satirist change the world? We think so. John Oliver’s show Last Week Tonight is equal parts comedy and investigative reporting. Okay, maybe it delivers more on the laughs. But one thing’s for sure — he’s pushing the boundaries of comedy and news with his exposés on everything from the Miss America Pageant to the NCAA. (Photo via @lastweektonight)

9. Jemima Kirke: She plays a free-spirited character on Girls, but Jemima is seriously speaking out about reproductive rights. She’s joined other courageous women in sharing their personal stories and experiences with abortion in the hopes of reducing the stigma and empowering others. (Photo via @jemimakirke)

10. Viola Davis: If you haven’t watched How to Get Away With Murder yet, drop everything you’re doing. Well, besides finishing this article. Viola is more than just an amazing actress; she’s joined the Hunger Is charity for the second year in a row. Suffering from a childhood of hunger herself, Viola has made it her mission to educate others about this growing epidemic. (Photo via @violadavisofficial)

Which celebrity out there is going good all the way? Tell us in the comments below.

Britt Feder
Britt has a severe nail polish addiction (she owns 50+ shades). When this Midwestern gal/Oakland resident isn't painting her nails, she can be found reading a good book in the sun or enjoying a glass of champagne… bubbly doesn't need a special occasion to make you feel fancy.
Charity
Home News
Charity Jessica Alba Kardashians Karlie Kloss transgender