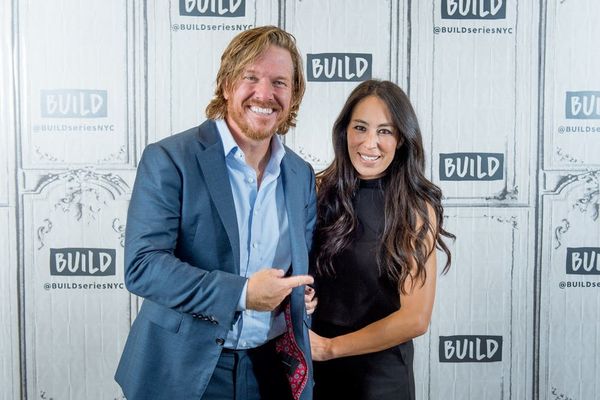 Joanna Gaines appeared on the Today show on Tuesday, November 6, to promote her design bookHomebody: A Guide to Creating Spaces You Never Want to Leave, but she also introduced another exciting new addition to her life when husband Chip Gaines brought out their baby son, Crew.

Today‘s Savannah Guthrie and Hoda Kotb cooed over the little bundle — who slept through the interview — when Chip brought him over. The proud new dad called his newest son “precious cargo” as he handed him over for the hosts to hold.

“He is a gift,” Joanna said of the four-month-old. “We were talking the other day and saying how he has slowed down time for us.”

Morning made. @savannahguthrie got to hold @joannagaines & @chipgaines’ newest little one, Crew!

The couple also discusses the possibility of another baby! pic.twitter.com/PI7yfAtjLf

Chip and Joanna welcomed baby Crew in June. The little one is the couple’s fifth child, joining big brothers Drake, 13; and Duke, 9; as well as sisters Ella, 11; and Emmie Kay, 8. “They are obsessed with him,” Joanna said of Crew’s older siblings, who apparently love to pitch in and help. “It really is one of those things where I have to fight to hold him.”

Crew’s arrival came just a couple of months after the HGTV stars said goodbye to their hit show Fixer Upper in April 2018. Of course, they’ve stayed plenty busy with projects and a new baby since, and it doesn’t sound like they’re ready to slow down too much too soon — the Gaines’ hinted that they may have another baby down the line.

“[Chip] wants [Crew] to have a sister,” Joanna said, smiling. “I mean, I love the process of being pregnant. I love giving birth… Not that we’re having more… but when you have a gap from eight to this, newborn, it’s easy.”

What do you think of little Crew Gaines’ TV debut? Let us know @BritandCo!