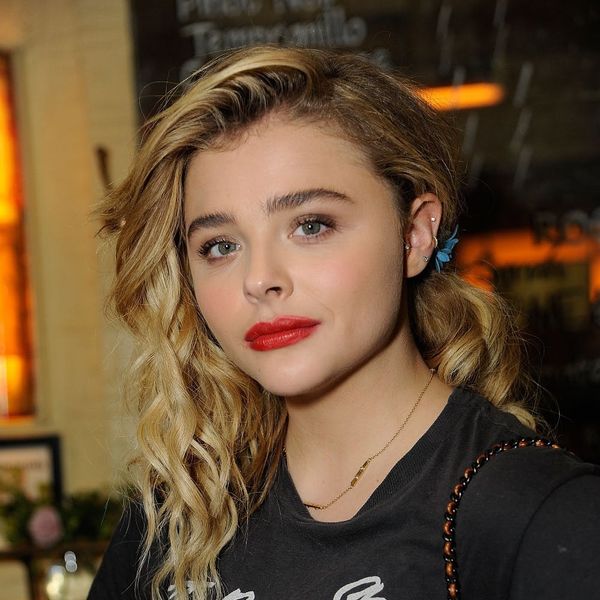 For every step forward we make when it comes to body positivity, it seems like there’s another incident of body shaming to match. This time around, folks are more than a little offended by the marketing for Chloe Moretz’s new movie, which suggests that if you’re not tall and thin, you’re ugly.

Red Shoes & the 7 Dwarfs is a new animated take on the classic Snow White story, and while we’re sure Moretz does a stellar job lending her voice to the quirky story, she (along with plenty of fans) are “appalled and angry” about the film’s campaign. Showing two versions of Snow White, one tall and thin while the other is shorter and heavier, the caption (which is placed on the side with the shorter/plumper gal) asks, “What if Snow White was no longer beautiful…?” Um, excuse me?!!

How did this get approved by an entire marketing team? Why is it okay to tell young kids being fat = ugly? 🤔😏@ChloeGMoretz pic.twitter.com/PVhgwluGTM

While plenty of folks have been sharing their justifiably upset reactions over social media for a few days now, it was model Tess Holliday’s tweet that sparked the most attention when she asked, “How did this get approved by an entire marketing team? Why is it okay to tell young kids being fat = ugly? 🤔😏@ChloeGMoretz”

I have now fully reviewed the mkting for Red Shoes, I am just as appalled and angry as everyone else, this wasn't approved by me or my team

Moretz, has responded to the controversial situation, saying, “I have now fully reviewed the mkting for Red Shoes, I am just as appalled and angry as everyone else, this wasn’t approved by me or my team.” Well, at least there’s that. Though she was sure to add, “Pls know I have let the producers of the film know,” and noted, “The actual story is powerful for young women and resonated with me. I am sorry for the offense that was beyond my creative control.”

While we’re still stunned that this campaign even exists in the first place, at least the peeps involved are now trying to do something about the blatant body-shaming.

What do you think about Red Shoes & the 7 Dwarfs body-shaming campaign? Let us know @BritandCo!