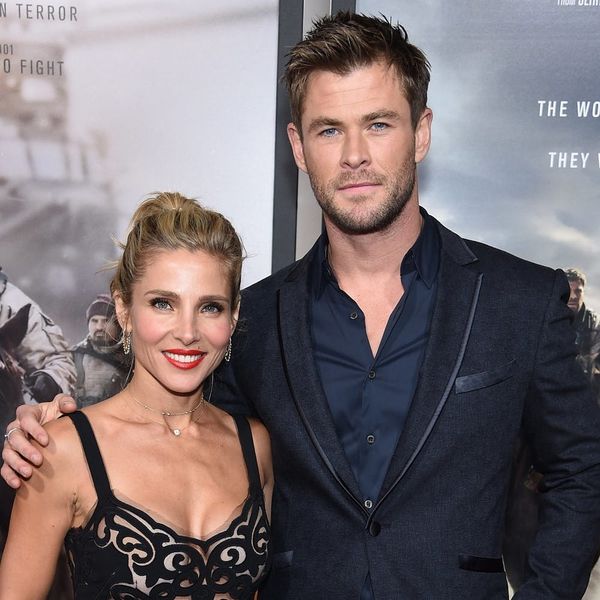 Teaching your child a second language can have all kinds of benefits, such as introducing them to different cultures and making it easier for them to learn other languages in the future. But as Chris Hemsworth has learned, it can also get you into some sticky situations if you don’t speak that language, too.

In an interview on The Ellen DeGeneres Show on Thursday, the Australian star opened up about his home life with his wife, actress Elsa Pataky, who is from Spain and can converse in either English or Spanish.

When the host asked if the couple is raising their three children — daughter India Rose, who turns six next month, and four-year-old twin sons Tristan and Sasha — to be bilingual, Hemsworth confirmed that they are, and that all three are fluent in both languages.

As wonderful as that is, the Thor actor admitted that it sometimes presents a bit of a problem for him, because when his wife is scolding their kids in Spanish, he often has no clue what’s going on and has to fake it. “My wife will be telling them off and I’ll be standing there like, ‘That’s right!'” he joked, adding that when his wife is done talking, he usually has to ask, “‘What does that mean?'”

Hemsworth also said that his wife’s ability to switch languages can be a signal to him that he’s in trouble. “When I hear the Spanish directed at me, it’s usually in unfortunate, controversial, aggressive situations,” he confessed. “So I’m just thinking, ‘What is she saying right now?’ and ‘What’s my comeback to this?’ When we’re fighting, basically — which is never! If she gets angry enough, she’ll drop the English façade.”

Are you, your spouse, or your children bilingual? Let us know @BritandCo!