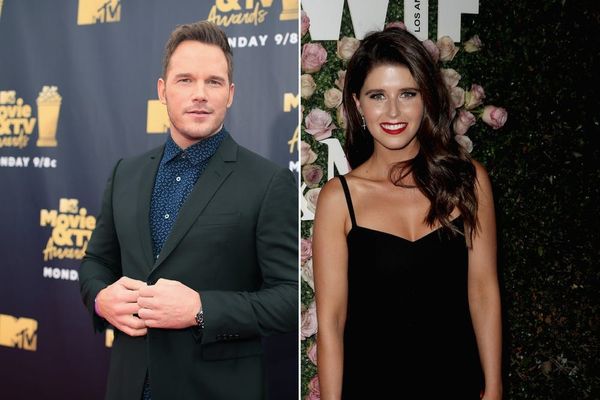 “Sweet Katherine, so happy you said yes!” he captioned a photo of them embracing and showing off Schwarzenegger’s diamond engagement ring. “I’m thrilled to be marrying you. Proud to live boldly in faith with you. Here we go!” He added a ring emoji, a prayer hands emoji, and a heart.

Sweet Katherine, so happy you said yes! I’m thrilled to be marrying you. Proud to live boldly in faith with you. Here we go! 💍🙏♥️

Pratt and Schwarzenegger, whose parents are Arnold Schwarzenegger and Maria Shriver, were first linked last summer after being introduced by her mom. Since then, they’ve been spotted on multiple dates, as well as on outings with their families. They even reportedly spent Halloween with Pratt’s ex Anna Faris, her cinematographer boyfriend Michael Barrett, and Pratt and Faris’ son, Jack. (Pratt and Faris split in August 2017 but continue to co-parent amicably.)

In December, Pratt made the romance Instagram official when he posted a collage of pictures of the lifestyle blogger and author in honor of her birthday. “Happy Birthday Chief!” he captioned the post at the time. “Your smile lights up the room. I’ve cherished our time together. Thrilled God put you in my life. Thankful for the laughs, kisses, talks, hikes, love and care.”