Chrissy Teigen and John Legend Quietly Donated $200,000 to Time’s Up on Behalf of USA Gymnasts Team 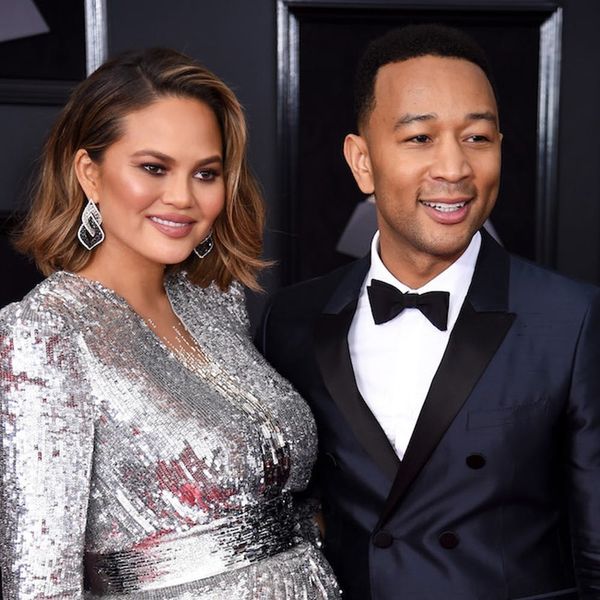 While Chrissy Teigen and her husband John Legend were whooping it up at last night’s Grammy Awards, news quietly broke about the couple’s support of Time’s Up. With Teigen dropping the news that the couple will be welcoming a baby boy later this year, word got out that the power couple has donated $200,000 to Time’s Up legal defense fund on behalf of the women on the US Gymnastics team in the wake of the downfall of former doctor Larry Nassar.

As of Sunday afternoon, an offline donation was made by Teigen and Legend which, according to E!, appears on the fund’s GoFundMe page with the caption, “Chrissy Teigen and John Legend on behalf of the heroic gymnasts of the USA Gymnastics Team.”

Teigen has been passionate about the shocking saga of former doctor Larry Nassar and his abuse of over 150 women, most of whom were current or former gymnasts with USA Gymnastics. During the victim impact statements made at Nassar’s sentencing hearing earlier this month, Teigen even offered to pay the fine that gymnast McKayla Maroney potentially faced for coming forward against the organization (USA Gymnastics have since said they will not fine Maroney for breaking her NDA).

The Time’s Up legal defense fund is raising money (according to their GoFundMe) to help “provide subsidized legal support to women and men who have experienced sexual harassment, assault, or abuse in the workplace and while in pursuit of their careers. The Fund will ultimately be housed at and administrated by the National Women’s Law Center.”

The couple did not announce their donation ahead of their night at the Grammys in New York City.

What do you think of Teigen and Legend’s surprise donation? Let us know @BritandCo!

Kat Armstrong
Kat has been a writer, social media maven and mom for longer than she's willing to admit. She's also spent time in front of and behind the camera, interviewing celebs, politicians and acting as a producer for fashion and artistic photography shoots. When she isn't writing for various orgs and publications, she's hanging with her kids, husband and French Bulldog, Peter, in Toronto, Canada.
Chrissy Teigen
Current Events
Chrissy Teigen Olympics