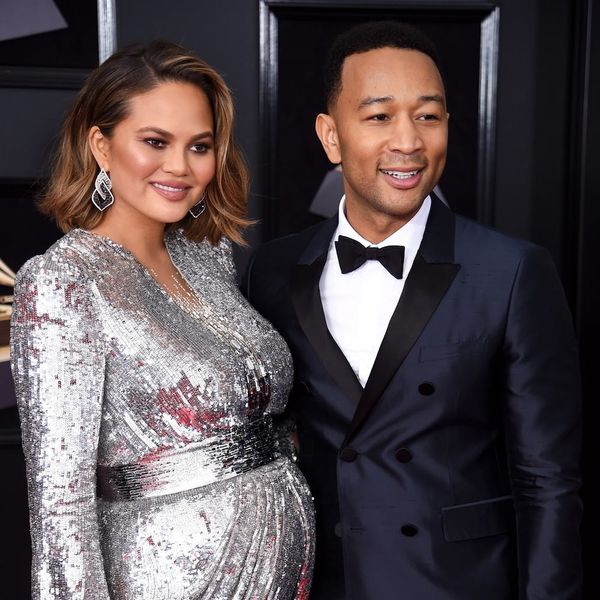 NBC’s latest musical production, Jesus Christ Superstar Live in Concert, aired on Easter Sunday and was a hit with fans and critics. John Legend starred as Jesus Christ and delivered an outstanding performance, and while his wife, Chrissy Teigen, clearly agreed, she also couldn’t help but troll her beloved husband while she live-tweeted the show, adding a whole other (hilarious) perspective to the rock opera.

Before Jesus Christ Superstar Live in Concert started, Teigen gave fans some behind-the-scenes sneak peeks from inside Legend’s trailer, where she and her husband were listening to Kanye West (“Jesus Walks,” natch) and had lit a prayer candle that featured Legend’s face. “I can’t wait to learn about Jesus and superstars!!!!” she tweeted just before the show began.

It didn’t take long for the jokes to start once the show got underway.

Teigen didn’t seem familiar with the ’70s Broadway show, and she didn’t try to pretend otherwise.

But she did flex her fashion knowledge, noting that the costumes had a certain dark edge to them.

At the part in the show when Jesus scared away the thieves with a chair, the actors rolled around in glitter onstage, and Teigen tweeted that she used the same move with their two-year-old daughter, Luna.

That’s what I do when Luna plays with glitter

And speaking of Luna…

Oh shit the lepers that was the rehearsal I brought Luna to. That was a mistake

She also had a few more thoughts on the show’s wardrobe, pointing out the deep, deep v-necks on her husband’s shirts.

THE V’S. THEY ARE A’DEEPENING

On a more serious note, Teigen was obviously proud of Legend as she sweetly praised his performance, sending a string of heart emojis when her husband came out for a bow. Later, she even took on a troll or two who weren’t fans of the show.

He won’t say it but I know he was nervous for that song. So good!!

The loving trolling between these two is the stuff of legend — and we hope it never ends.

Did you follow along with Chrissy’s live tweeting? Let us know @BritandCo!