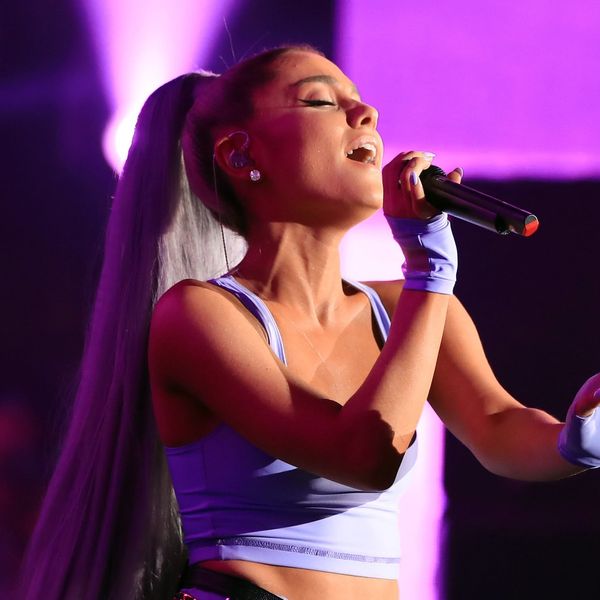 Coachella 2019 kicks off not only two weekends of music featuring some of today's biggest and most exciting artists, but also a season of summer festivals all over the country. This year's iteration of the iconic desert festival has its work cut out for it: After 2018's headline-grabbing Beyoncé performance — dubbed Beychella — people are wondering what could possibly top the all-time live set. She's a tough act to follow, for sure, but we don't have any doubt that this year's event will have more than its share of memorable moments. Here are just eight things to watch for at Coachella 2019. (Photos via Taylor Hill/Getty Images for Governors Ball + Christopher Polk/Getty Images for Coachella + Ollie Millington/Redferns + David Becker/Getty Images for LARAS)

Ariana Grande's historic headlining debut: Grande has had a banner career year in which she reclaimed her creative process and released two new albums, plus several singles and music videos. Now, at 25 years old, she's set to make history as the youngest artist ever to headline Coachella. We expect to see some of the stunning stage design from her current Sweetener world tour, as well as a few festival-specific surprises, too. (Photo via Christopher Polk/Getty Images for Coachella)

Childish Gambino's Friday night set: Although he didn't attend the 2019 Grammy Awards, Donald Glover made history as Childish Gambino when his powerful track "This Is America" became the first rap song to win both Record of the Year and Song of the Year. Given the scale of Coachella and the excitement around Childish Gambino right now, we wouldn't be surprised to see Glover pull off something big, provocative, and memorable. Plus, according to reports, his second set on April 12 will be followed the next day by the premiere of his and Rihanna's long-rumored film, Guava Island. (Photo via Kevin Winter/Getty Images for iHeartMedia)

Kanye West's Sunday Service: Although West reportedly pulled out of a Coachella headlining gig over disagreements about stage design earlier this year, his religiously themed "Sunday Service" gospel group was added at the last minute and will perform on the final Sunday of the festival. Celebrities have been flocking to West's weekly Sunday shows in Calabasas, so expect lots of star spotting. (Photo via Jerritt Clark/Getty Images for Roc Nation)

Fashion inspo: Festival style has emerged as its own genre in the past few years, and one of the highlights of Coachella is spotting trends and styling tips for the summer ahead. We're sure to see our fair share of flower crowns and boho dresses, as always, but we're also keeping our eye out for some new looks — such as camo and chunky sandals — to add to our rotation. (Photo via Christopher Polk/Getty Images for Coachella)

Celebrity Instagrams: Coachella is a celebrity magnet, both on and offstage. Who isn't guilty of stalking Instagram to see who's there, what they're wearing, where they're staying, and who they're with? Regulars in the past have included Kylie Jenner (it's where she met Travis Scott, natch), Vanessa Hudgens, and Katy Perry, so we'll definitely be keeping our eyes peeled for this year's guest list. (Photo via Rachel Murray/Getty Images for Coachella)

Idris Elba: Did you know Idris Elba is also a DJ? That's right — the Sexiest Man Alive's new Netflix show, Turn Up Charlie, is no fluke. He was even the designated disc jockey at Meghan Markle and Prince Harry’s wedding. Now, the British star will take his talents to the big stage at Coachella, where he's sure to attract lots of curious onlookers (including us, obvs). (Photo via Ollie Millington/Redferns)

Surprise appearances: With so many artists on hand, surprise collaborations are bound to happen. We're keeping our fingers crossed that Anderson Paak, Billie Eilish, and Tame Impala bring out guests like Kendrick Lamar, Khalid, and, with any luck, Rihanna, respectively, for cameos. (Photo via Taylor Hill/Getty Images for Governors Ball)

Latin music in the spotlight: Latin music has had a breakout year on English-speaking airwaves in 2019, and the takeover is evident in the Coachella lineup as well. Bad Bunny, J Balvin, Mon Laferte, Rosalia, and Tucanes de Tijuana are all set to perform, and will no doubt pique music fans' interest even more than they already have. (Photo via David Becker/Getty Images for LARAS)