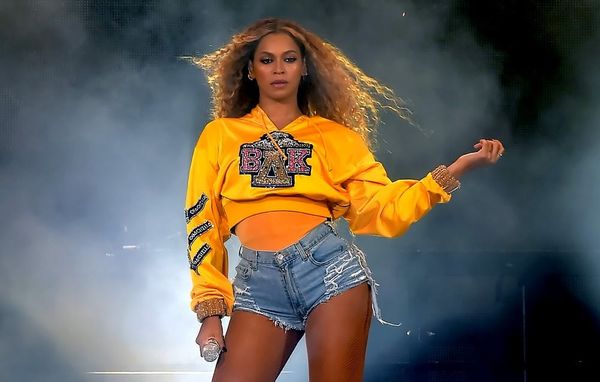 The Beyhive is set to get in formation. On Monday, April 8, Netflix announced Homecoming: A Film by Beyoncé, an upcoming concert special detailing Beyoncé’s iconic 2018 Coachella performance. The best part? It’s debuting in just a little over a week, on Wednesday, April 17.

“Homecoming presents an intimate look at Beyoncé’s historic 2018 Coachella performance that paid homage to America’s historically black colleges and universities,” a statement from Netflix read. “Interspersed with candid footage and interviews detailing the preparation and powerful intent behind her vision, Homecoming traces the emotional road from creative concept to cultural movement.”

The short teaser features rehearsal footage alongside scenes from the unforgettable live show. There are also a few candid glimpses at the singer’s three children, Blue Ivy, 7, and twins Rumi and Sir, 2. Homecoming will mark the first time that footage from the set, which streamed live around the world one year ago, will be made officially available.

The announcement comes just one day after Netflix dropped a mysterious teaser on social media: a single image that Beyoncé fans immediately linked to the artist.

Beyoncé’s Coachella set, eventually dubbed Beychella, became an iconic watershed moment in the performer’s career. It was the first time a Black woman had headlined the annual festival, and it featured a Destiny’s Child reunion, with beloved songs such as “Say My Name,” “Lose My Breath,” and more. Bey’s sister Solange and husband Jay-Z also joined her on stage.

RELATED: Beyoncé Reunited With Destiny’s Child Onstage at Coachella 2018 and It Was Predictably Epic