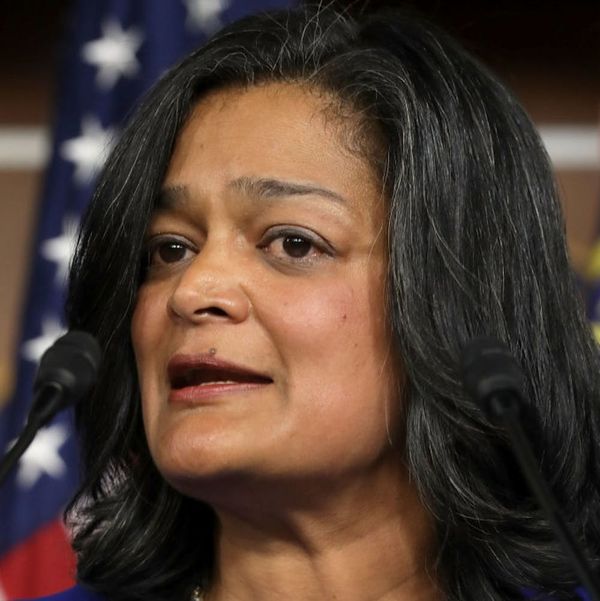 Nothing seems to faze rookie Congresswoman Pramila Jayapal, who took office during one of the most controversial election cycles in recent history.

Jayapal is the first Indian-American woman elected to the House of Representatives, representing Washington state’s 7th District, and one of only six members of Congress who is a naturalized American citizen. She’s been fighting for equality in the US since she arrived from India at the age of 16. Now 51, Jayapal is using her experience as a community organizer and former Washington state senator to stand up for progressive causes in her district and across the country.

The path to politics wasn’t immediate for Jayapal, who got an MBA and worked as a community organizer and advocate for immigrants in Washington before running for a state Senate seat in 2015. She got the push she needed from her own desire to see people like herself working in the political world.

“Instead of trying to get other people to do the things we felt needed to be done, it was time for me to just step up and try to do it myself from the inside,” she told ELLE magazine. “And frankly, I was really very tired of never—or very rarely—seeing people like me represented in politics. I felt that we needed far more women, far more people of color, far more activists involved in this process.”

Jayapal’s belief in the power and role of immigrants in shaping America’s future for the better runs through her personal and political life. After moving to the US as a teenager, Jayapal became a permanent resident and, 17 years ago, became a citizen. It was a bittersweet moment that many immigrants can relate to. But, as she wrote in a New York Times op-ed this July 4th, swearing the oath of citizenship made Jayapal even more committed to serving the needs of US residents, no matter their immigration status or birth country.

“I knew… that with those freedoms and opportunity came enormous responsibility: to do everything I could to preserve and build our democracy, to vote, and to use my life to pay it forward and ensure opportunity for others,” she wrote.

Along with other candidates including Tammy Duckworth and Kamala Harris, Jayapal represents a new direction in American politics, in which people of color and women are making their voices heard on a national stage, fighting for the rights of those who are often pushed to the margins of society.

Jayapal is deeply committed to immigrants, and her long history of fighting anti-immigrant policies has helped her when dealing with the Trump administration’s proposals that would directly affect immigrants, from healthcare cuts to the travel ban.

In her op-ed, she said: “Restricting immigration from Muslim-majority countries, and cracking down on unauthorized immigration in a way that tears families apart and creates an atmosphere of fear, cuts at the very fabric of what really does make America great: the diversity that is our greatest strength.”

Her determination to problem-solve at a state, and then national, level has been instrumental to Jayapal’s apparent fearlessness when confronting other representatives and the President himself. Jayapal skipped the Presidential inauguration due to the Trump administration’s position on immigrants, spent hours at the Sea-Tac airport trying to help detained passengers during the initial travel ban this winter, and marched at the Washington D.C. Women’s March in January.

And since taking her seat in the House of Representatives, Jayapal has co-sponsored a bill for free tuition for low- and middle-income students, called for greater transparency from the Trump administration, and released a report on the healthcare cuts that would harm children with disabilities in her state. Showing no signs of slowing down, Jayapal is a bold new face in politics, with the energy and resolution to take her fight as far as she can.