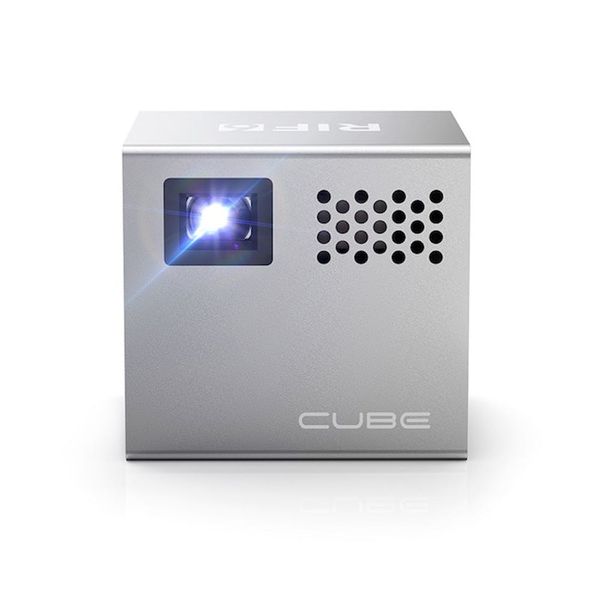 After scouring the convention, trying out crazy cool gadgets and getting a glimpse at what our lives will look like over the next five years, we’re just about ready to say TTFN to CES 2016 — but not before recapping some of our favorite examples of innovation! While copter drones you canactually ride in are super cool, it’s not likely they’ll be a part of your day-to-day in the very near future (unless you’re Tony Stark?). When it comes to life-changing tech that you might actually soon be seeing everywhere, we spotted some clear winners. Here is some of THE COOLEST tech we witnessed at CES this year that’s about to change your (no, really, YOUR!) life.

SCiO Diet Sensor is the food tech your New Year’s resolutions have been waiting for. The device uses spectrometry, a chemistry technique that analyzes the type of chemicals present in a sample, to help you identify what is in your food. SCiO has a massive food database of over 600,000 food items it will then compare its readings to. There’s even a scale to help you measure exactly how much food you’re consuming. Sure, the Diet Sensor might be a great help with portion control, but it was actually invented by a couple whose little girl Victoria struggles with Type I diabetes. They invented the Diet Sensor to help her track exactly the kinds of food that are within a meal in hopes that it would make eating with a disorder like diabetes so much safer. The sensor is available now for pre-order.

Keurig has come up with a new kind of technology for making bubbles — CO2 has been transformed into little solid beads that are then released when the pod is punctured and water runs through it. Plus, unless you’re having a big party, there’s no need for ice to make a cold drink. The machine will draw water from its tank into its chiller and cool the water down to a breezy 39 degrees.

so much more. The WiFi and Bluetooth enabled Singlecue can control multiple devices, everything from your TV to climate control, with just the swipe of your finger. Next time you’re scrolling through Netflix, you can pick a movie just by pointing.

5. Brewie Fully Automated Home Brewer ($1899): Beer lovers rejoice! Brewie is the first fully automated beer brewing “robot” and it’s for beginners and pros alike. Brewie comes preset with different settings for all the different types of brew so you can make like IPAs, ales or even stouts. All you need to do is put the hops and malts into the machine and Brewie will do the rest. Brewie event comes with different types of containers for your preferred fermentation process — everything from a bucket to a Cornelius keg. Sure, the $1899 price tag isn’t cheap, but if you calculate how much your bar tab is annually, it might be worth it! Order now and you can get a CES discount.

6. ili Wearable Translator ($200): Now this is going to change the world. Japanese/American tech company Logbar showcased the first wearable translating device that doesn’t require Internet for use. Ideal for travelers, simply hold the button to record something and ili will translate what you said based off an extensive travel lexicon stored on the device. Right now the device only supports English, Chinese and Japanese, but the company plans on rolling out a second version that has French, Thai and Korean and a third version with Spanish, Italian and Arabic. Hear that, guys? It’s the sound of language barriers crashing down. The ili is currently available for pre-order and will launch sometime this year.

had to check it out.) And don’t worry, even if someone snags your luggage, the suitcase will only open for the person who has the suitcase synced up to their device.

How I Met Your Mother, Ted might have met his wife much sooner. Oombrella is an umbrella created by a French tech company that will actually shoot you a notification when you leave it behind. That’s seriously helpful. I mean, raise your hand if you’ve ever lost one of these. The smart umbrella will also send you severe weather alerts to let you know when you’re going to need to bring it out with you and shares live data from other Oombrella users, Waves-style.

taking their streaming global, imagine the possibilities when you want to stream on the road but don’t feel like watching on a tiny little screen. Just hook up your RIF6 Cub via an HDMI or Mini USB cable and have a movie marathon on the ceiling of your hotel room.

Project Tango before, but it’s really, really happening in 2016. Google has paired up with tech manufacturing giant Lenovo and is planning on releasing the first Project Tango enable mobile device later this year.
Kimberly Wang
Kimberly Wang writes about all things pop culture, tech, style, and beauty. She's a Bay Area transplant and has an MFA in Creative Writing from Columbia University. On a sunny New York day, you can find her hanging out with her mini schnauzer Isabelle Jellybean on a blanket in Central Park.
Tech