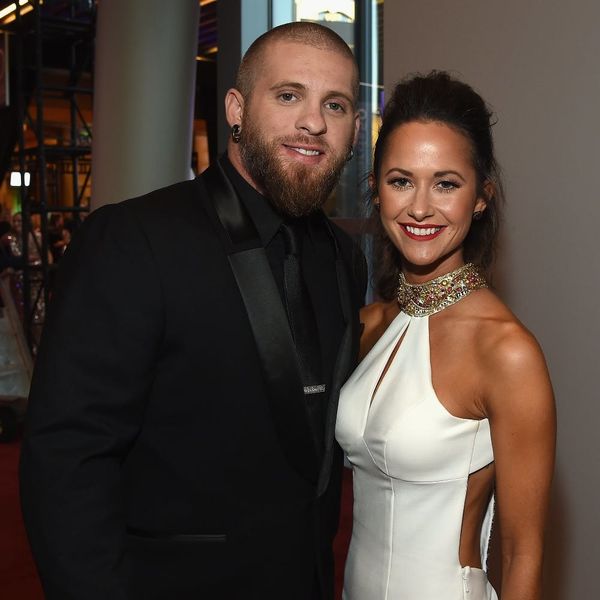 It’s not always easy to open up about fertility struggles. Frankly, even knowing when to see a doctor to address the issue can be kind of a scary prospect. But now as fertility apps, fertility tech, and even boutique fertility clinics become common, folks are more likely to talk about their experiences. That’s why country star Brantley Gilbert and his wife Amber (a gal who he dated as a teen, which just happens to be an added adorable fact) have shared the exciting news that they’re expecting a baby after their own fertility struggle.

“I’m not an emotional guy, but this has got me crying like a baby,” Gilbert told People, and his reaction to his wife’s pregnancy is not only apt (ya know, the crying like a BABY part), but it’s also totally understandable when you realize the struggle the couple has gone through to get to this point.

Hoping for a baby since they married back in the summer of 2015, Gilbert reveals that after failing to get pregnant, “We’d been to see a fertility specialist, and two different folks that told me it would be close to a miracle if it happened without IVF. I’m not much of a quitter, but I was really, really frustrated.”

What a year for Country babies! Congratulations to @BrantleyGilbert & wife, Amber, who are expecting their first child in November! Read the exclusive at People.com. 👶🏼💕 #nycountryswag

It was during that time, when Amber was still unsure about in vitro fertilization, that she surprised her 32-year-old hubby on his bus before a show in Louisville. “She handed me a box and there were three pregnancy tests in there and all of them were positive,” Gilbert said. “I think I stared at it for at least two minutes without saying anything because I was literally in shock. We’d been told it was just not in the cards, and I’m staring at this answer to many, many, many prayers.” So sweet!

With the baby due November 17, Gilbert admits that when it comes to his wife, “I’ve never been more in love with her!” And when it comes to how he feels about their growing family, “In the middle of a day, I’ll find myself smiling about nothing.” Nothing, but everything… we totally get it.

Are you happy that more people (including celebs) are being open about their struggle with fertility? Let us know @BritandCo!